An Exact Match for ODonnell Y-DNA

My ODonnell cousin has an exact match for his Y-DNA test at the 37 marker level at FamilyTreeDNA.

This surname of this Y-DNA cousin is not ODonnell or a variant.  FamilyTreeDNA provides a "Tip" report, estimating the chances that these two individuals share a common paternal line ancestor as we go back through the generations.  By the time we go back seven generations, there is a 95% chance that the lines will have merged. 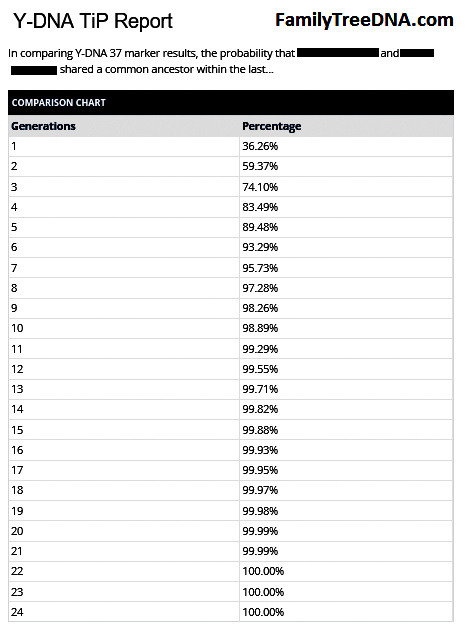 This match can trace his direct paternal line back about two hundred years to the Isle of Bute in Scotland.  I can also trace back two hundred years, but land in Donegal, Ireland.  These two locations were near enough to be accessible around the year 1800.

If someone is knowledgeable about traveling in Ireland and Scotland in this time period, please weigh in. 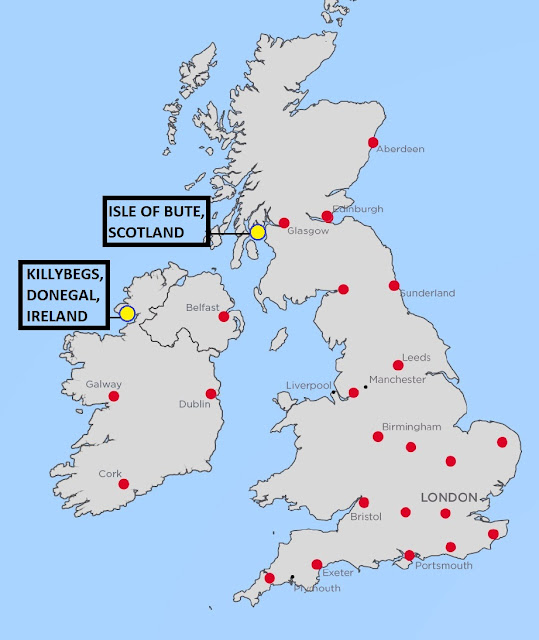 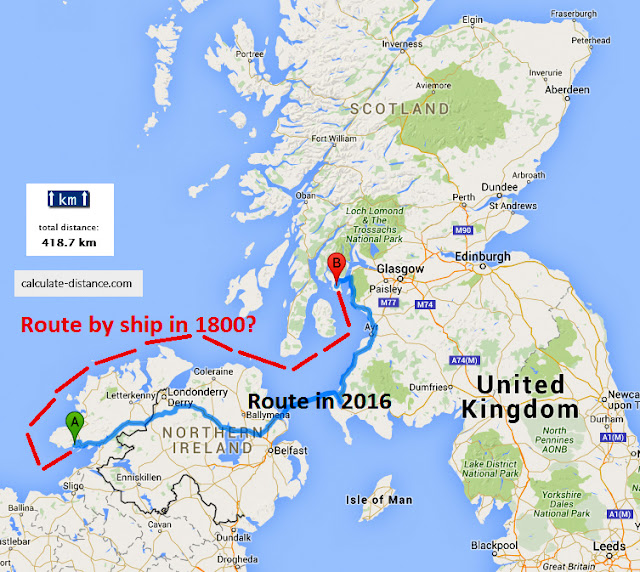 Francis Patrick ODonnell was born about 1856 in Killybegs and came to New Jersey, United States, before 1880.  So the lines were separated by an ocean for three generations.  If they arise from the same ancestor, this merging will be found in the early 1800s or 1700s. 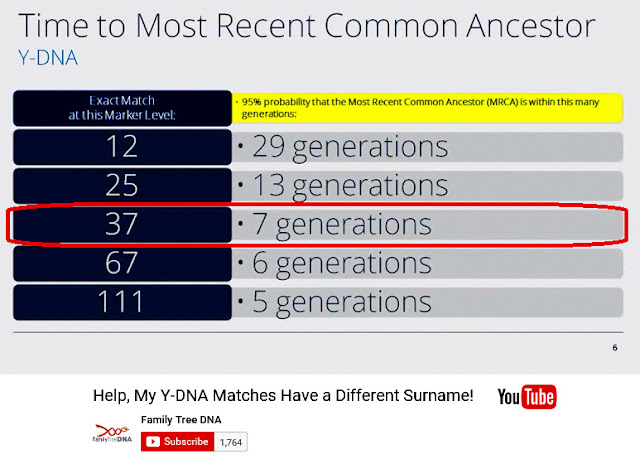 If this 37 marker Y-DNA match is related within seven generations, he may share autosomal DNA with any of my ODonnell relatives.  He has not done this type of DNA test, though.


My ODonnell cousin has thousands of matches in his Y-DNA results.  Even an exact match may not be a match at all because of convergence.  Markers change over time.  These two people may not be recently related, but rather their marker values could have mutated towards the same values and are now identical. 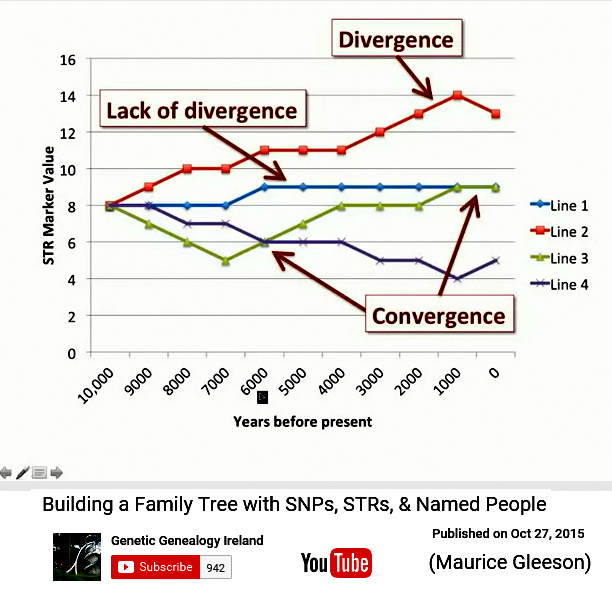 Without other ODonnell cousins with similar Y-DNA markers, we cannot be secure in our placement as an ODonnell line based on markers alone.  In an upcoming article, I will demonstrate the necessity of using the markers of multiple distant cousins with my Duryea line.