The revision of the ODonnell branch of the family in Indiana tree continues with the acquisition of death certificates.

Here are some pictures of this branch to be shared with the world, courtesy of an ODonnell in Ireland.


Using the entries for this branch at FindAGrave.com, I requested the death records for the couple Neil (Cornelius) ODonnell, died 1909, and Mary ODonnell, died 1924, from Howard County, Indiana.  Neil's record was found; Mary's was not.  As I was preparing this article, Ancestry.com published actual images of Indiana state death records with an index.  Mary's state record of death was in this collection.  Neil's was also found, but his name was mangled in the index as "Damerell" instead of ODonnell. 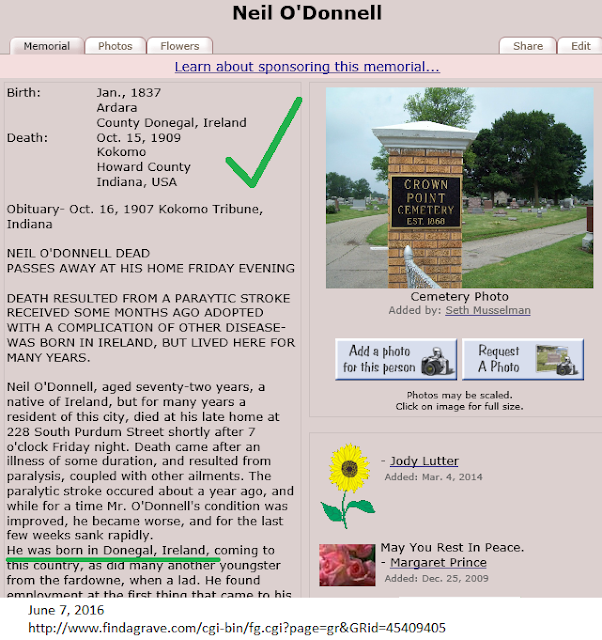 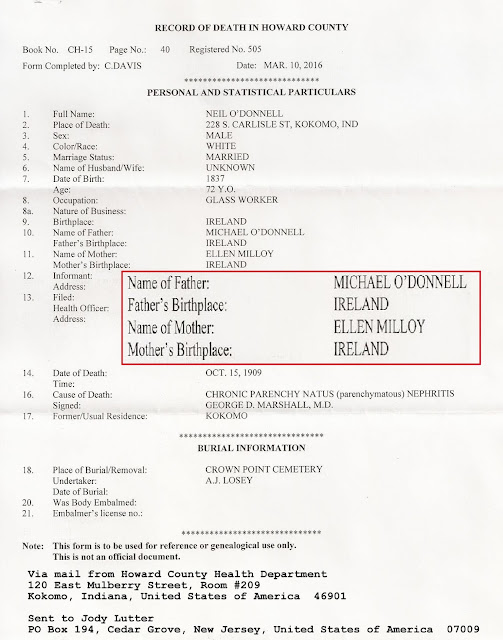 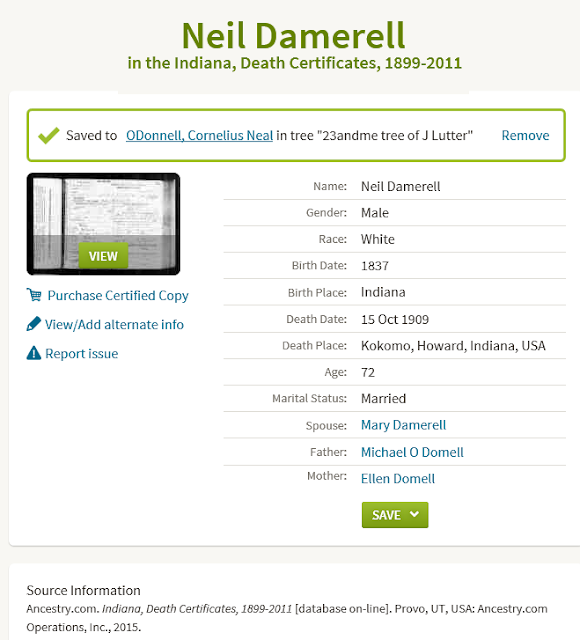 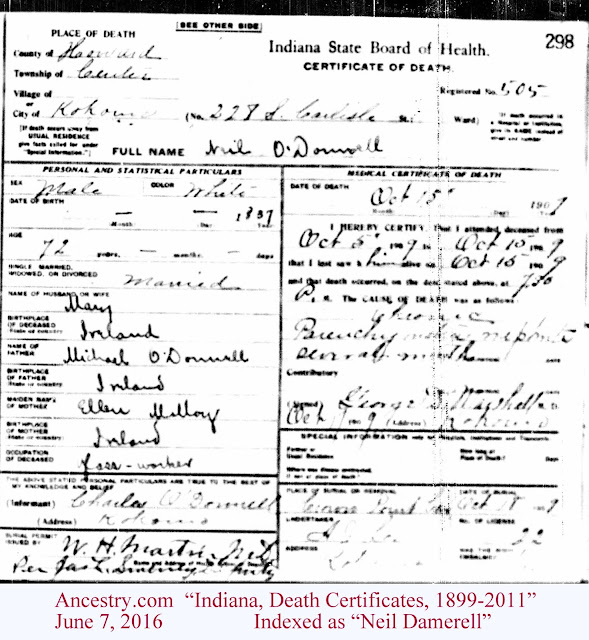 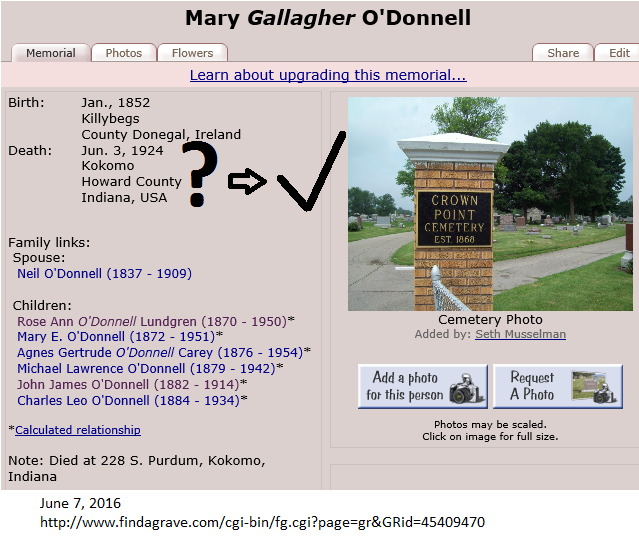 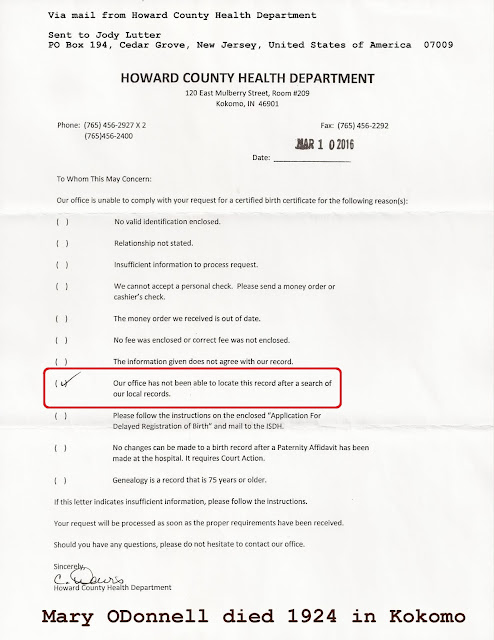 John James ODonnell (1882-1914), a son of Neil and Mary, is featured at FindAGrave with a former date of death of 1930.  The current administrator of his page corrected the year of death to 1914 at my bequest.  John was an acrobat in the circus.  He died in Warren, Warren County, Pennsylvania.  Ancestry.com has a collection of Pennsylvania death certificates and John's match beckoned to me as a quivering leaf in Family Tree Maker.

[This is the second person found so far who worked in the circus setting.  My great grandfather's second wife, Fiorita Lorenze (1890-1969) did "the wire act on a bicycle."] 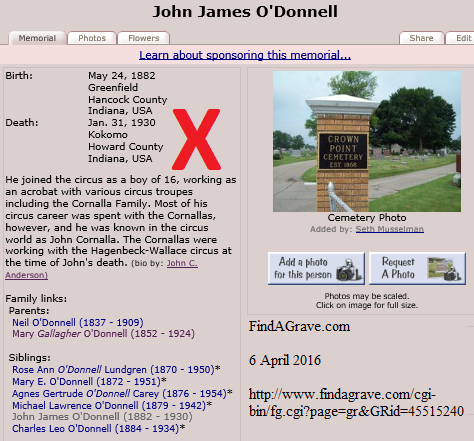 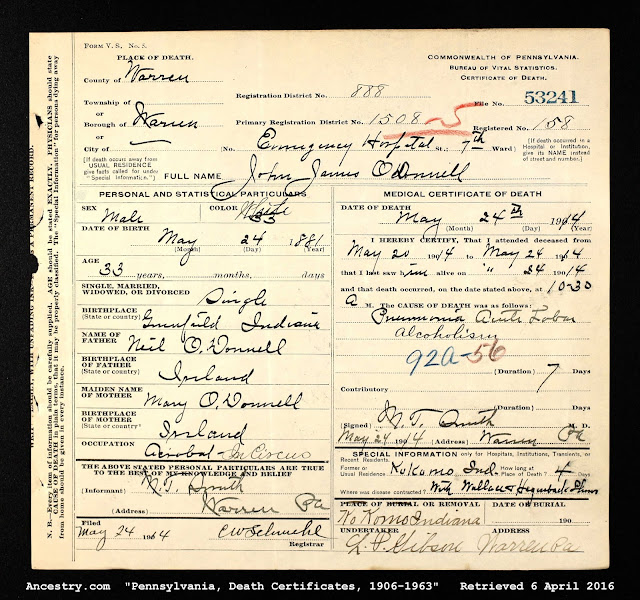 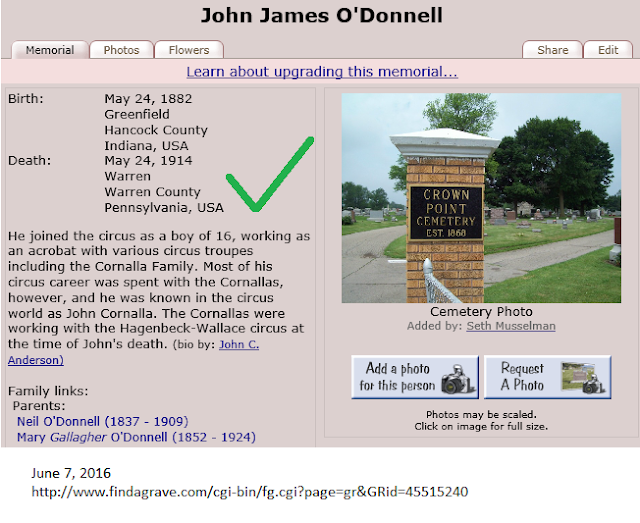 A search of the Indiana death certificates reveals one for a man named John ODonnell who died in 1930 in Kokomo, Indiana and was buried at Crown Point Cemetery.  But he was not the John ODonnell who was the son of Neil and Mary.  This illustrates the perils of working with common names. 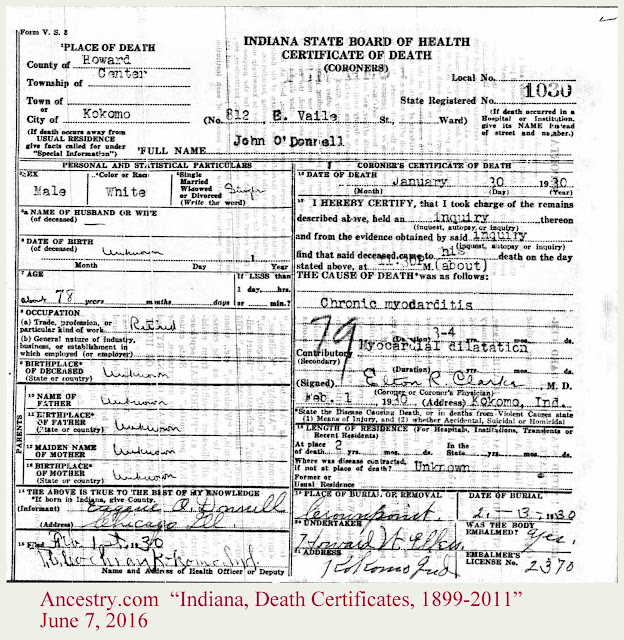 The online family trees have corrected some errors but not others.

If only New Jersey would place its death records online . . .