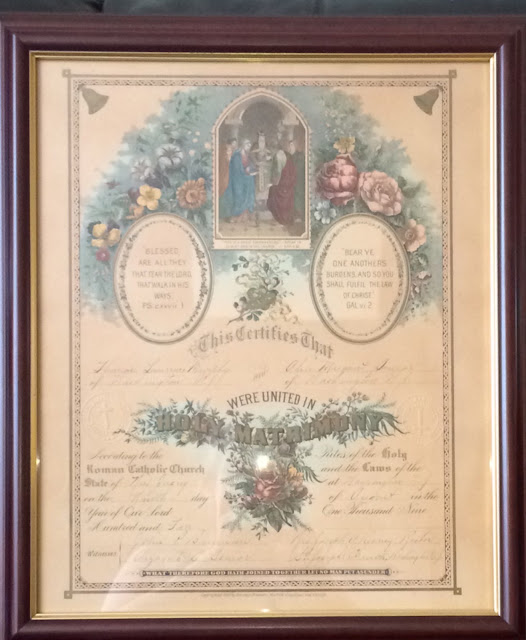 This is a wonderful estate sale find.

(Note: There are several places in New Jersey named "Washington."  Be mindful when searching for a location bearing this name.)

This family heirloom was behind a painting and was discovered when the painting was brought in for re-framing.  The marriage record was placed in its own glass frame and is so firmly situated that I did not free it for the photographs, hence the reflections in these images.

The writing is fading, but readable.  Seals from the church are still raised. 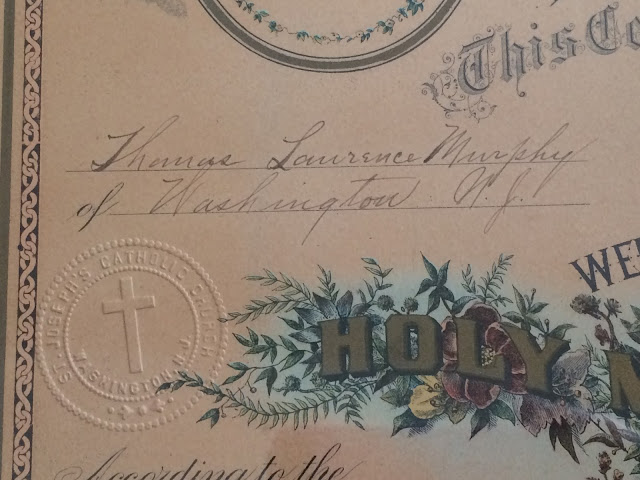 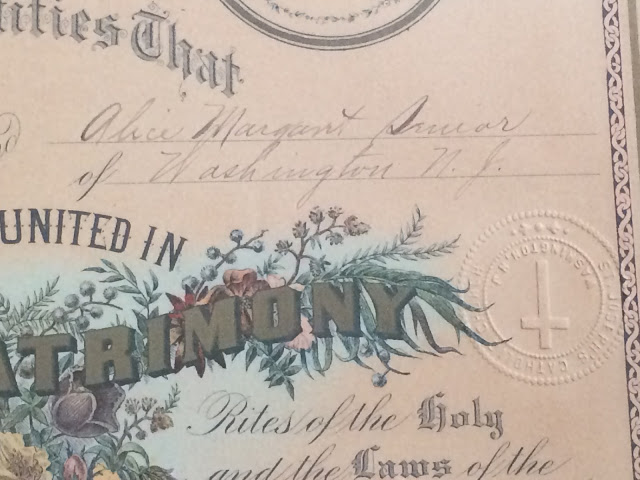 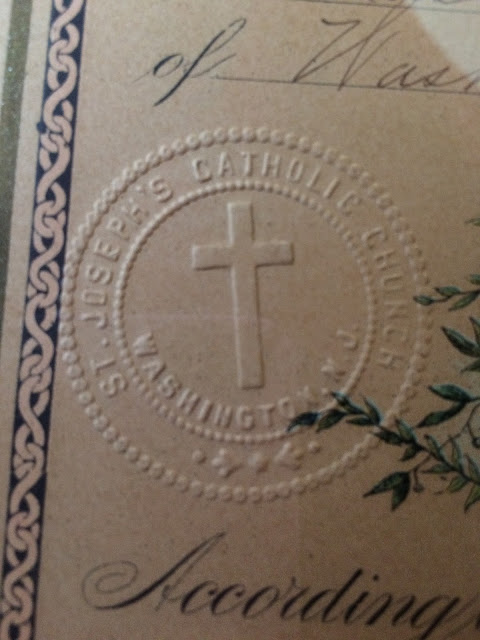 The officiant was Reverend Joseph A Rigney.  According to the website of Saint Joseph's Parish, Father James Rigney served in the years 1898-1906. 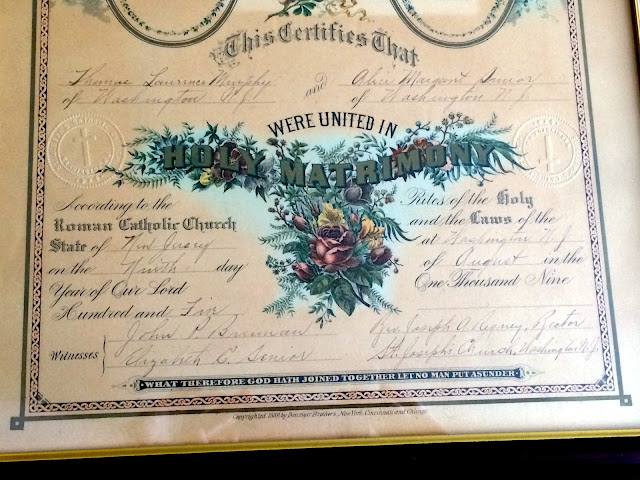 In the 1910 federal census, Thomas and Alice are living in Phillipsburg, Warren County, New Jersey with two children, Elizabeth, age 4, and Joseph, age 1.  They are enumerated twice, once with Alice's mother, Margaret, and once without her.  Note that one entry lists Thomas' father's place of birth as Massachusetts, while the other lists Ireland.


Find A Grave has entries for the burials of Thomas (died 1945), Alice (died 1953), and their daughter, Elizabeth Ward (died 1988), in Saint Joseph's Catholic Cemetery in Washington. 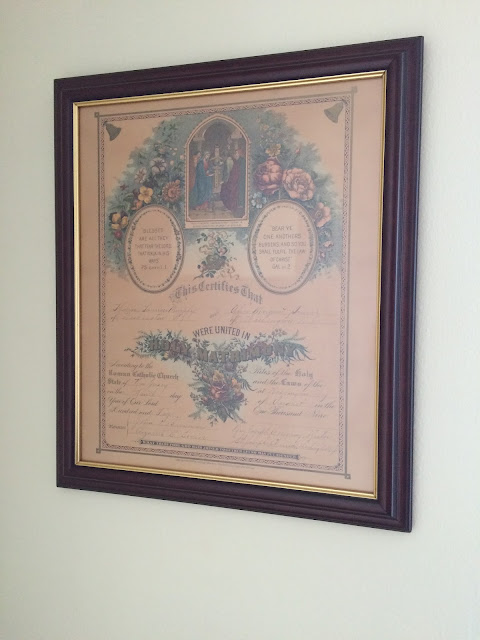 If someone from the Murphy and/or Senior families would like this document, please let me know.