Locating a property from 1748

The past two Mondays featured transcriptions of property conveyances from 1748 in Morris County, New Jersey, when it was part of a colony of Great Britain.  You can read about property records from the Colonial period at the New Jersey State Archives here.  The collection is indexed online.

You can order a record to be mailed to you for $5.

There are online mentions that Frederick DeMouth was a French Huguenot and the first settler of what is now Boonton Township in Morris County. 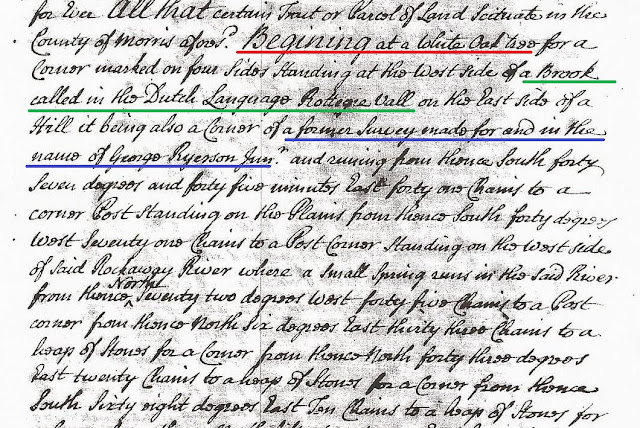 I want to locate the present-day location of the properties purchased in these deeds.  The properties are described as lying in Morris County- no town or specific region.  By hand I sketched the boundaries to help locate these plots on a map.  Then I remembered that there is probably an app for this and was pleasantly surprised to find one at GenealogyTools. 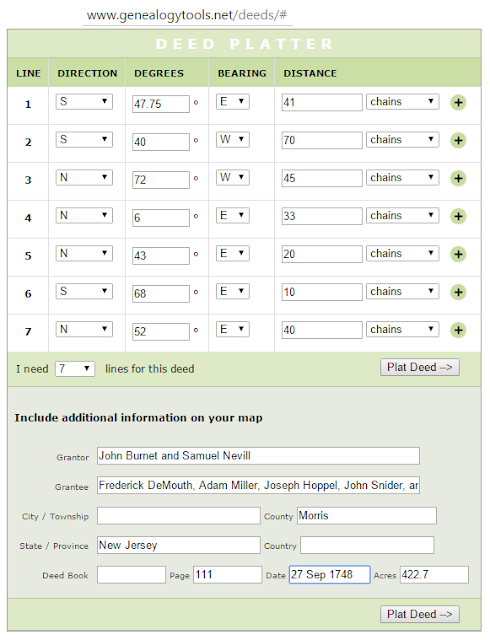 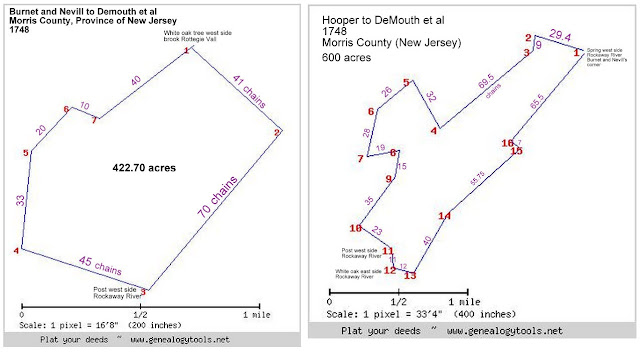 The larger, 600 acre piece of property may be easier to identify on a map because its irregular borders.  The white oak tree and piles of stones are probably long gone.  The Rockaway River touches both these pieces of land and still exists today.

The brook called "Rottegie Vall" was intriguing.  No mention of this brook online, but instead in a book called The History of Morris County, New Jersey, published by Munsell in 1882.  Ancestry offers a digitized version, but my paper copy is much clearer (thank you MT). 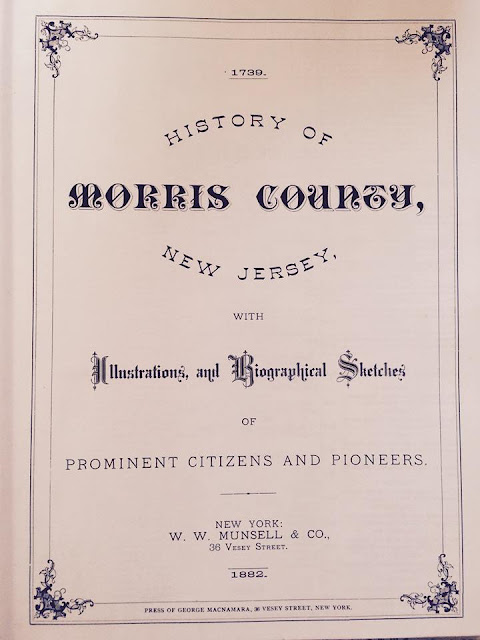 The will of Frederick Temouth (notice the variant spelling), was proved in 1766 and mentions several pieces of real property; one was near the Rockaway River.  Another was a "plantation where I dwell, of 600 acres."  This could be the 600 acre conveyance from 1748.  If Frederick was "of Pequannock," these 600 acres could be in Pequanock.  A land survey from this time period may be helpful.  If anyone knows of one, please write in.

I don't know of Frederick DeMouth's burial place, but the DeMouth burial ground is in present-day Boonton.