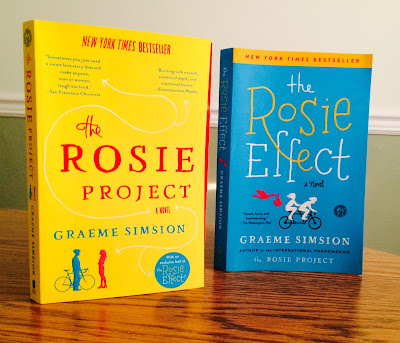 "The Rosie Project" by Graeme Simsion is a funny book about a man's quest to find a compatible woman to marry.

The relationship of Don and Rosie is intensified by their joint project to uncover the identify of Rosie's biological father, an endeavor in line with Don's technical skills as a professor of genetics.  Their pool of candidates are the male students who graduated medical school with Rosie's mother.  Their collection methods are underhanded and mostly done without the knowledge of the people whose DNA is captured.

In the end, the biological father was identified when the obvious was not overlooked anymore.  The man who raised Rosie was her biological father, as determined by a blood drawn in a fight.

Those of us without such nerve and access to DNA labs can use commercial companies such as Family Tree DNA and 23andMe to find biological relatives.

Email ThisBlogThis!Share to TwitterShare to FacebookShare to Pinterest
Labels: book