Raised by Relatives: Hazel Worth Penn

A marriage record clarified that Hazel Worth was the same person as Hazel Leonora Penn. This is an example of someone raised by relatives without a formal adoption.

In the 1910 federal census in Lacey, Ocean County, New Jersey, Hazel Worth, age 3, was residing in the household of her paternal grandparents, Isaac Worth and Maria Imley. Also in this household was Hazel's newly-widowed father, Ira Daniel Worth, age 30, and Hazel's older brothers, Edward Leon and Ira Melvin. 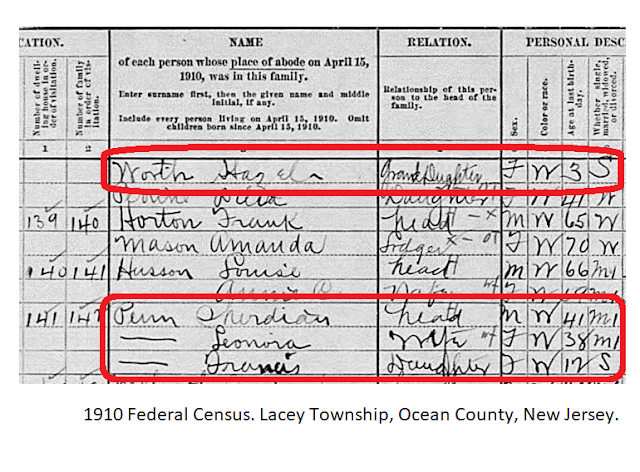 
On March 10, 1907, May Worth [not Hazel] became the the third child born to Ira Worth and Mary Penn in Lacey. 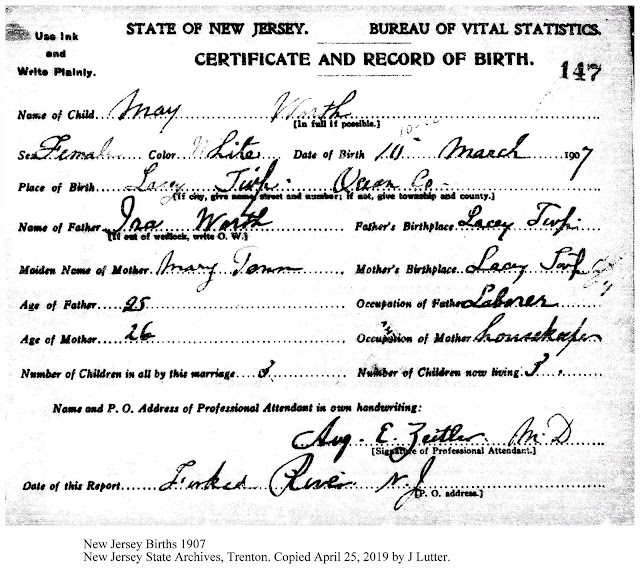 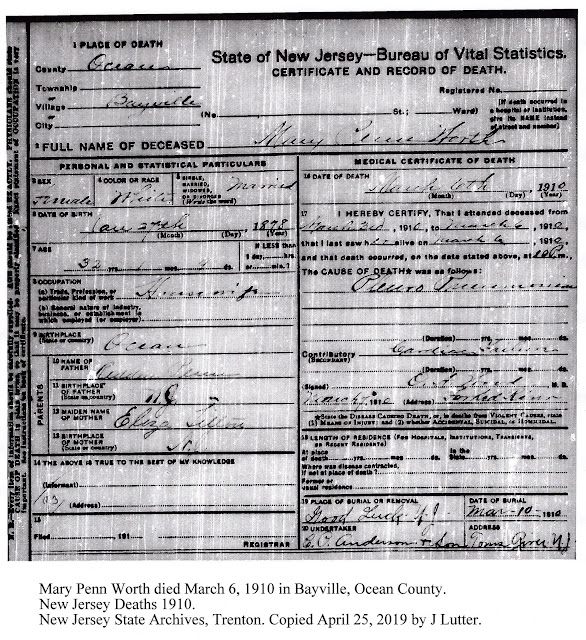 Hazel Penn was in the 1920 and 1930 federal census enumerations in Dover, Ocean County, as a daughter of Sheridan Penn and Leonora (Calverley). In the 1910 census this couple did not have a three year old daughter. 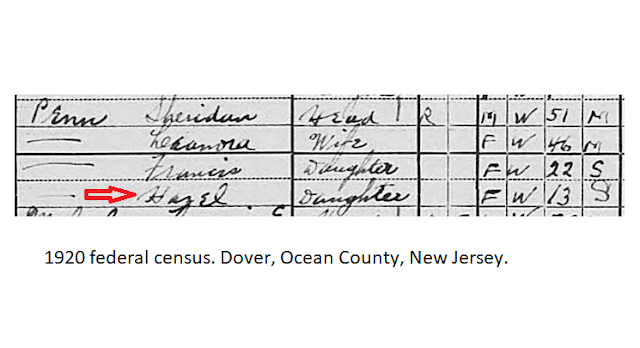 A search for a birth record for Hazel Penn 1906-1908 produced no results. In 1897, Sheridan Penn and "Lena Calvery" had a daughter with no name given on the birth record. She used the name Frances, as seen in the census snapshots above, as well as Mary Frances.

The confusion of Hazel was solved upon finding a marriage record in 1933 for Alvin Mosely Hall (1905-1988) and Hazel Worth, "known as Hazel Leonora Penn." The bride's parents were given as Ira Worth and Mary Penn, thus clarifying that Hazel Worth, last seen at age 3 in the 1910 census, became Hazel Leonora Penn- the sudden daughter of Sheridan Penn and Leonora Calverley. 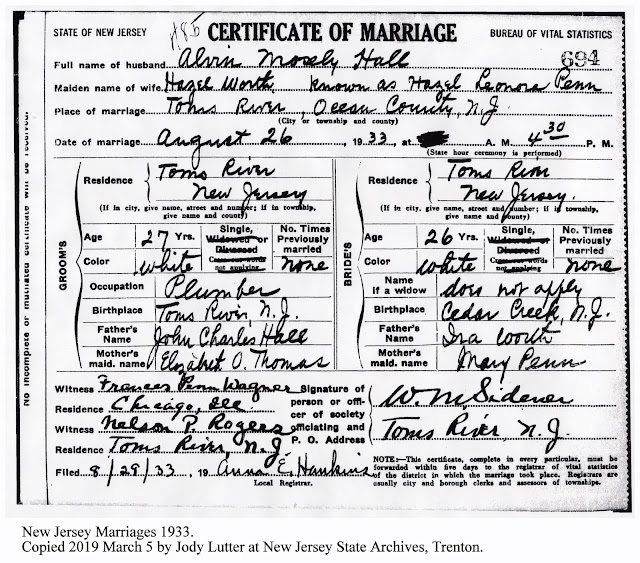 Hazel died in 1992. She and her husband are buried at Riverside Cemetery in Toms River, Ocean County, New Jersey. 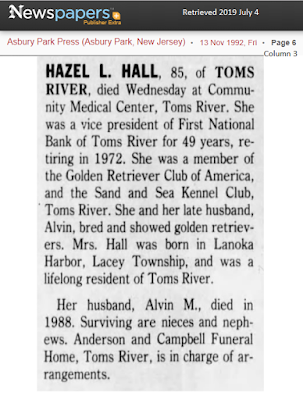 Why was she named May at birth but called Hazel in other records? This question is unanswered.