At FamilyTreeDNA, my uncles share a segment on chromosome 1 with two individuals. 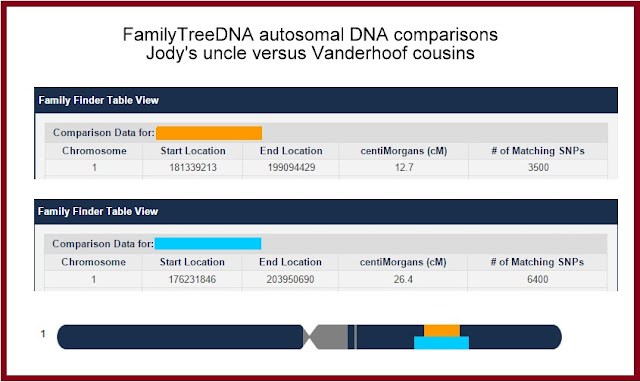 We need to know if these two DNA cousins match each other in the same spot.  FamilyTreeDNA does not allow you to make this comparison.  One of the cousins checked on his end, and sure enough, he matches this other cousin on the same segment.

The cousin in orange descends from Dirk and Catrina's daughter, Elizabeth Vanderhoof (b1775).  She married John Taylor. 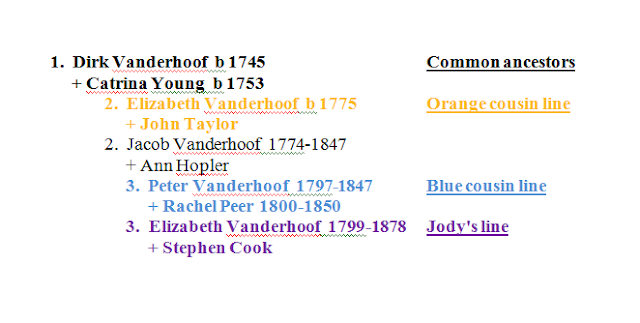 But that's not all.

The cousin in orange also descends from Frederick DeMouth and Charlotte Muller/Miller.  For my line, they were the maternal grandparents of Ann Hopler (1772-1841) - wife of Jacob Vanderhoof (1774-1847).  If the other distant cousin on this segment (the "blue cousin") is not descended from DeMouth and Miller, then we can say that the DNA came from Vanderhoof and Young.  With the close geography and intermingling of these lines, we may not be able to sort out exactly whose DNA this is- just that it is from the Morris County lines.