On December 15, 1745 Johannis was baptized at the Pompton Plains First Reformed Dutch Church in Morris County, New Jersey. His parents were listed as Hendrik VanderKoeck and Catrina. Witnesses were Pieter Post and Annaatje.

On October 4, 1772 John Cook and Jane Peer were married at the First Presbyterian Church in Morristown.

On January 3, 1822 the will of John Cook was submitted for probate in Morris County. No wife was mentioned in the will. Jane was deceased when her father, Samuel Peer, wrote his will in 1818.
John Cook named four children in his will:
Catherine (married Easton)
Henry (my fifth great grandfather)
David
John


The son named John Cook (1790-1878) married a woman with the same name as his mother. Jane Peer (1794-1888) and John Cook were married by Reverend Barnabas King in 1812 in Rockaway, Morris County, New Jersey. They may have been first cousins. Jane's father was Jacob Peer, a brother to John's mother. 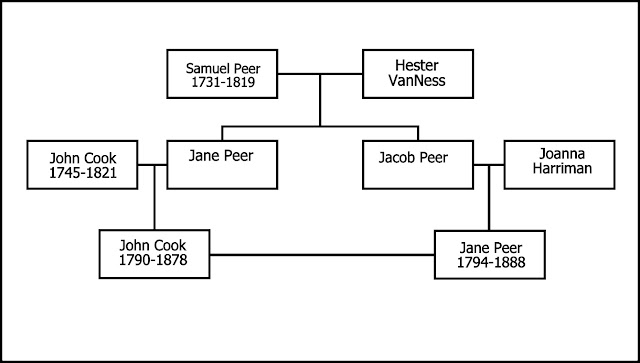 John Cook Junior claimed a pension for service in the War of 1812 for substituting for Stephen H Cook (1797-1853). But Elizabeth claimed a widow’s pension through Stephen H Cook (denied because she could not prove the date of their marriage). Stephen was John's nephew (and my fourth great grandfather). 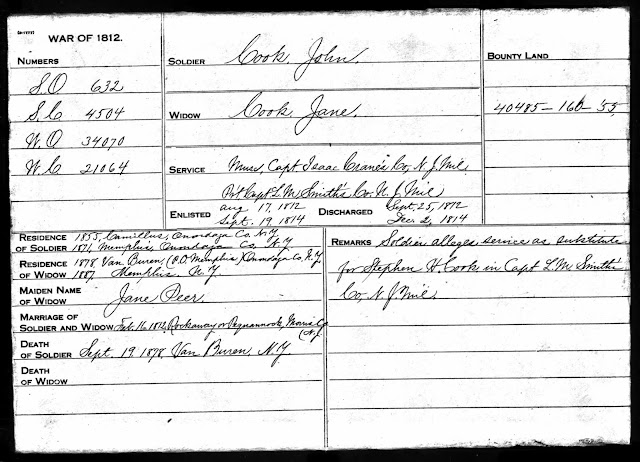 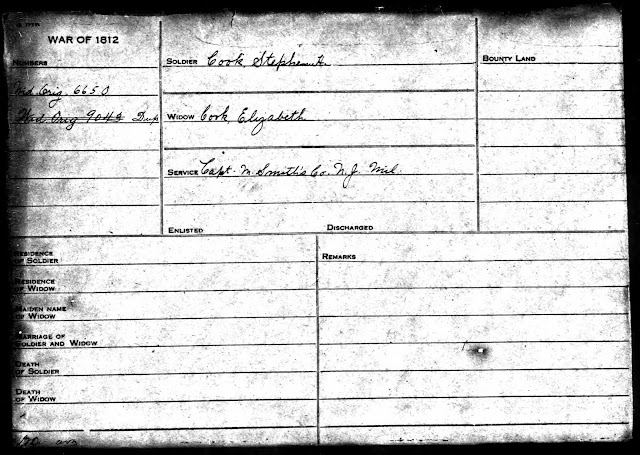 When did the older Jane Peer die?

Why did both John Cook and Stephen Cook serve in the War of 1812 if John substituted for Stephen?