As you research your ancestors, you will uncover more and more locations where they lived.  You will probably want to visit these locations.  Most of my ancestral lines lived fairly close to where I live now, so I have visited many homesteads.  The original structures are usually long gone, though.  Amazingly, a house where my family lived in Manhattan in the 1850s is still standing.

Stephen C. Duryea lived at 326 Spring Street in New York city in the early 1850s with his first wife, Mary, not to be confused with his second wife, also Mary.  Here is his listing in the city directory in 1851:

Back in Stephen's time, just as today, the building houses a bar, now called the Ear Inn.  The structure was built around 1817 and is now called the James Brown House and is on the National Register of Historic Buildings.  [Information not digitized at nps.gov as of this writing.] 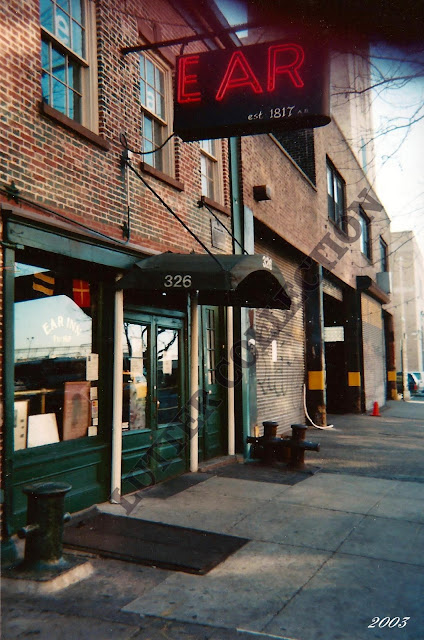 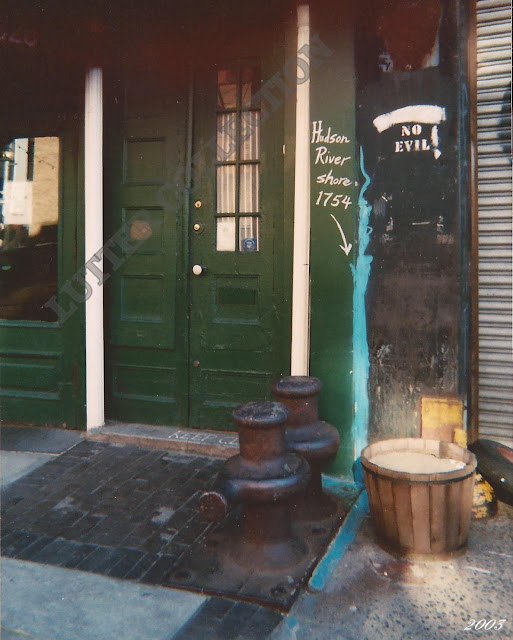 This land used to be on the southern shore of the island and was part of a farm.  Isn't that hard to picture?  If you follow the links for the official sites of this building and the bar, you can view pictures of the inside of the living quarters as well as items found over the years.  I wonder if Stephen Duryea sat in front of the same fireplace 160 years ago, or if he used any of the bottles found in the attic.

If you wish to visit an old homestead, first try google maps to see if you can satisfy your curiosity from your couch.  If you decide to physically travel, keep in mind that house numbers and street names change over the years.
Posted by Jody Lutter at 2:55 AM