My aunt gave me some pictures taken in a cemetery, probably in the late 1960s.  I recognized the setting as Sleepy Hollow Cemetery in Sleepy Hollow, Westchester County, New York.  My grandmother, Beulah, was buried in this cemetery in 2003.  The Brewer lot (504 and 505) is the subject of the older pictures, particularly George W Duryea (1823-1864) and Rene Brewer (1824-1904).  Beulah descends from Rene's first marriage to John Evenshirer; and from George's brother, Stephen C Duryea.  George Duryea was a policeman killed in New York City.


I tried to capture the scenes in new pictures.  The sun cast deep shadows on the stones, making them even more unreadable.  Most of the trees and bushes have been removed. 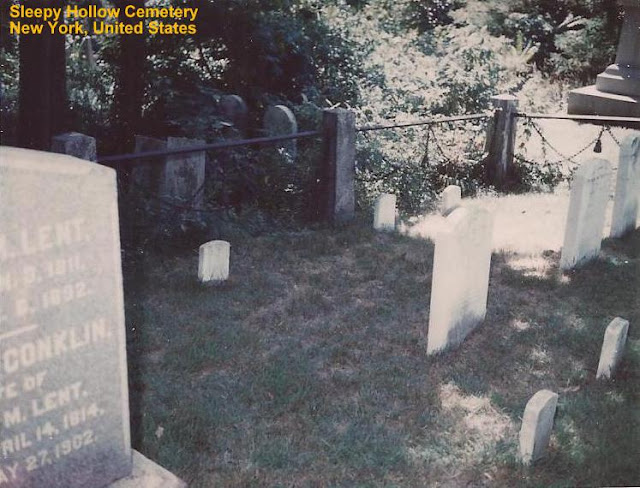 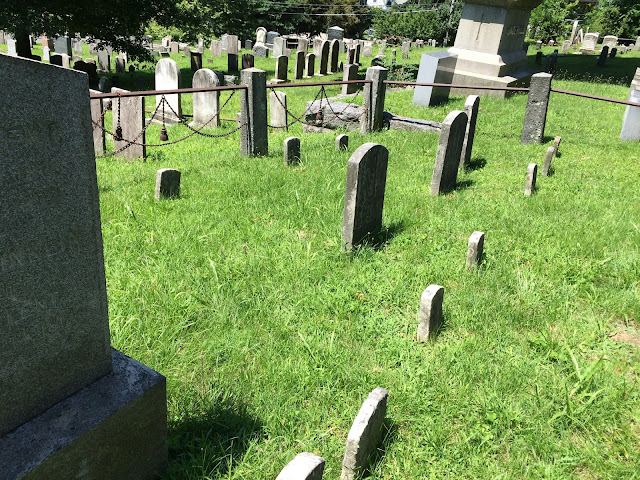 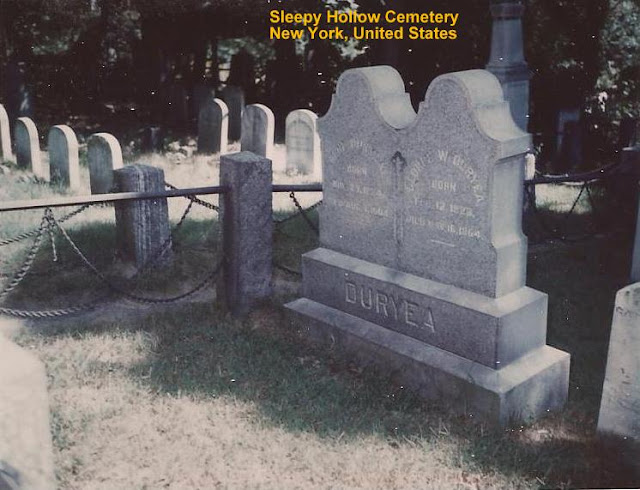 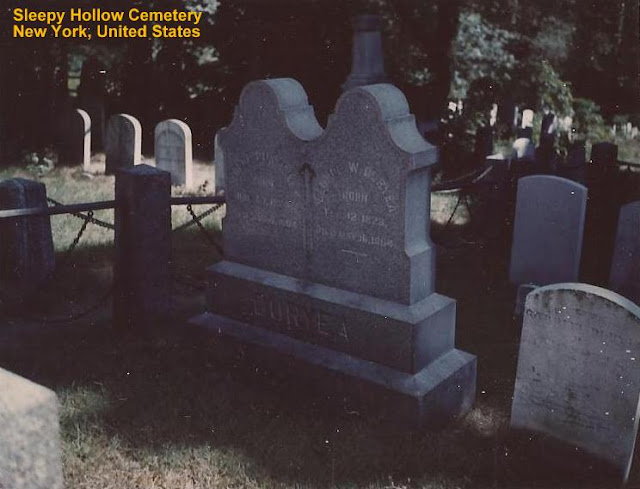 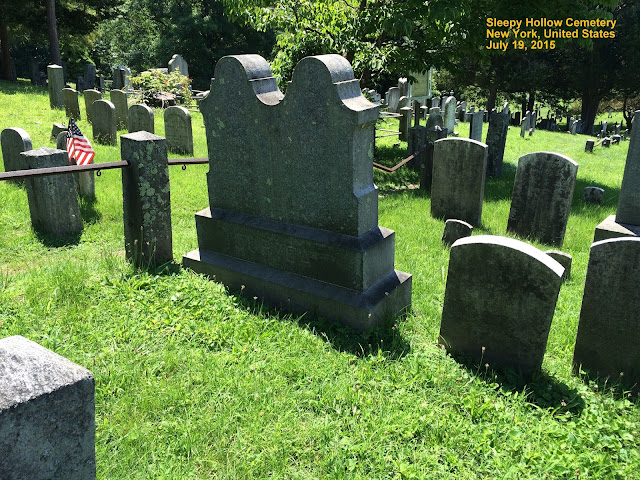 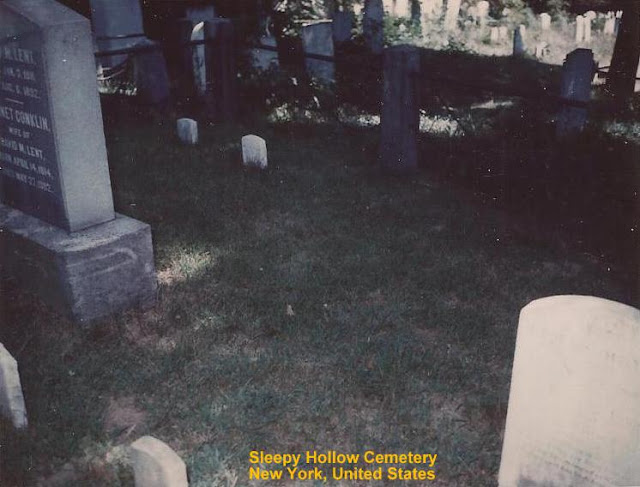 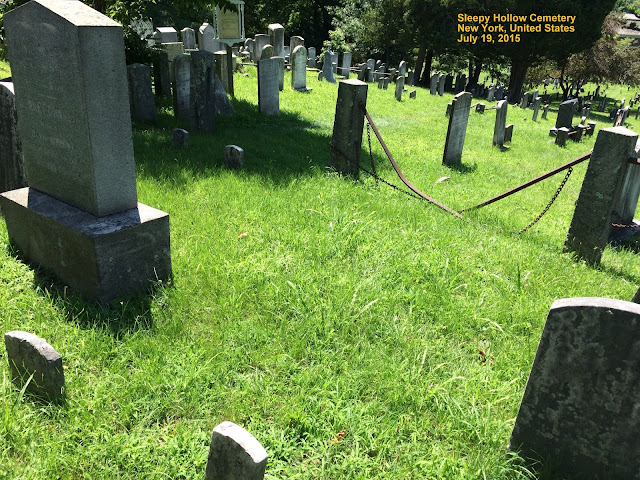 My grandmother has several ancestors buried at Sleepy Hollow, making this a great stop for exploring this branch of my family's history.