Family Search digitized microfilm containing the records of Anna Weyel, a midwife in Bayonne, New Jersey.  (Thanks to the JC Geney blog for bringing attention to this latest addition.) 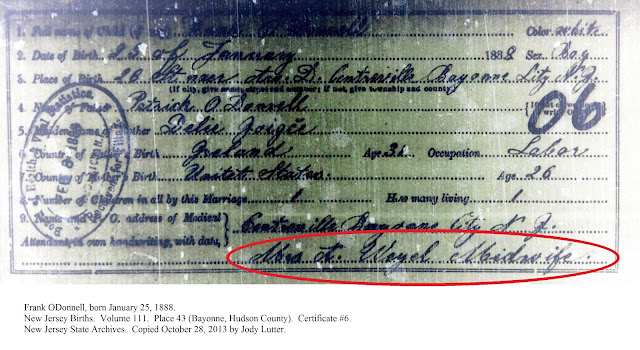 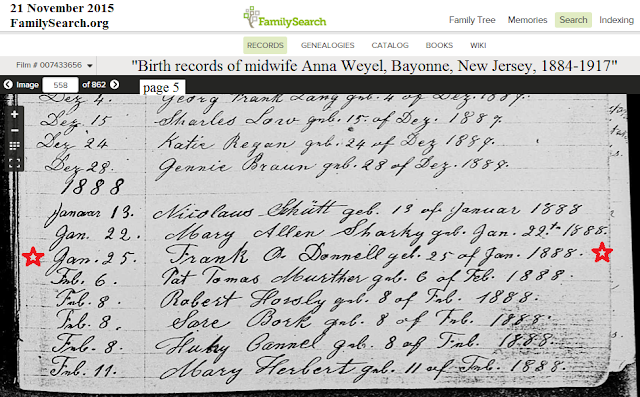 The records of the midwife coincide with the information on the birth certificates except for James, born in 1892.  James' birth certificate gives a date of June 3, while the midwifery records list him as June 14.  James wrote June 3 as his birthdate on his World War I draft registration.

The main person of interest was the fourth child of Patrick ODonnell and Delia Joyce, Marguerite, born in October of 1894.  I found a birth certificate for Maggie ODonnell, born 18 October 1894 in Bayonne, but her parents were listed as James ODonnell and Ellen Gallagher.  Back at the New Jersey State Archives, I carefully searched for a birth certificate in the indexes for a child of Patrick and Delia, born in  between James born in 1892 and Joseph ("William" in birth records) born in 1897.  I found no such record.  I also searched the births filed under "O" in Bayonne for this time period.

The midwife's records are consistent with the birth certificate for Maggie ODonnell:  born 18 October 1894 to James ODonnell and Ellen Gallagher at 16 RR Av [Railroad Avenue].  Two years earlier, James ODonnell, son of Patrick and Delia, was born at 14 Railroad Avenue. 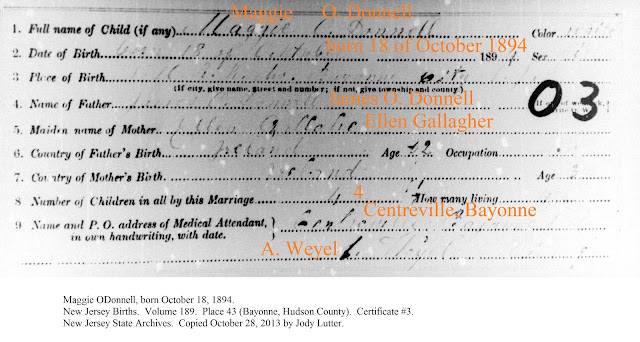 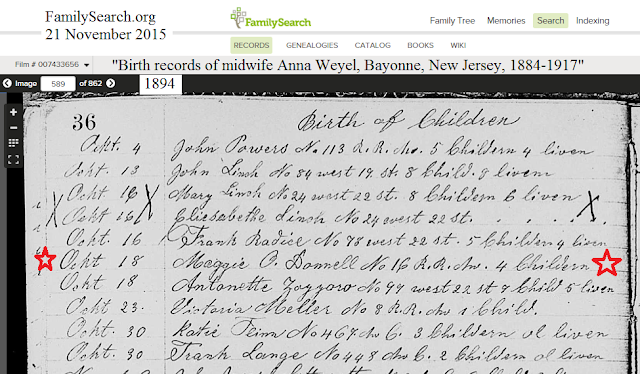 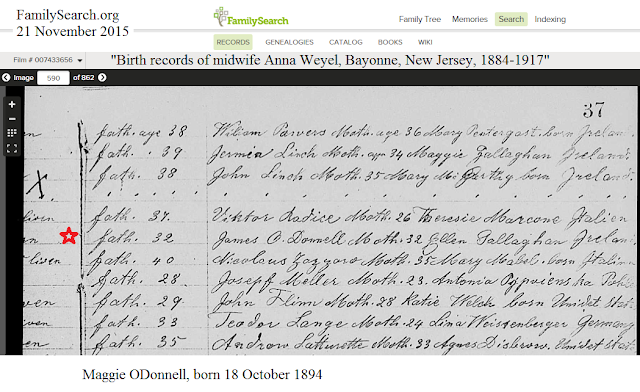 Was Maggie the biological daughter of a relative, given to Patrick and Delia to raise as Marguerite?  I doubt it.  Marguerite's children tested their DNA.  They share the anticipated amount of identical DNA for first cousins, once removed, with my mother and her brother, including a long segment on their X chromosomes.

Maybe the midwife mixed up the records.  She had been busy.  Two days earlier, she delivered a set of twins and a single.  She delivered another baby the same day Maggie was born.