Howard's second wife was married to James Winnie and had two daughters with him.  Howard boarded with the Winnie family in Bloomfield (Essex County, New Jersey) and then purchased the house.  The address was 453 North 18th Street, but was renamed and renumbered to 171 Ampere Parkway.


Fiorita Lorenze and James Winnie should have divorce papers in Essex County, New Jersey.  It will be interesting to read how Howard Lutter boarded with them, purchased the house from them, and then married Fiorita.  Howard's divorce from Ethel Laurel Winterton was finalized in 1927, about 18 months before Howard remarried.  He blamed the failure of their marriage on Ethel's refusal to care for the home and children and to have his supper waiting for him when he got home from work.

The day before Fiorita Lorenze remarried to Howard Lutter, she arrived back in New York City from France. 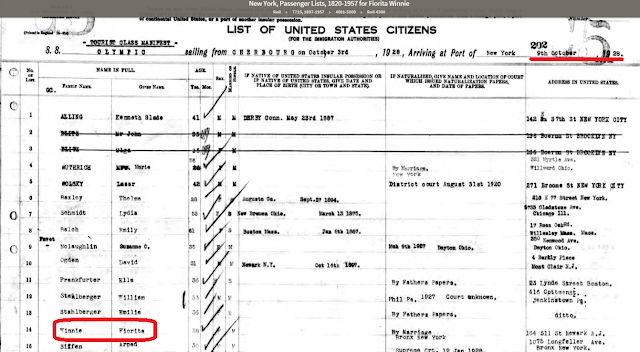 By the 1930 census, Fiorita and Howard were living together as a family unit with his children and one of hers.

James Winnie was living with a new wife, Laura Brocker, and her son, Clifford Yunker.

Ethel Laurel did not remarry. 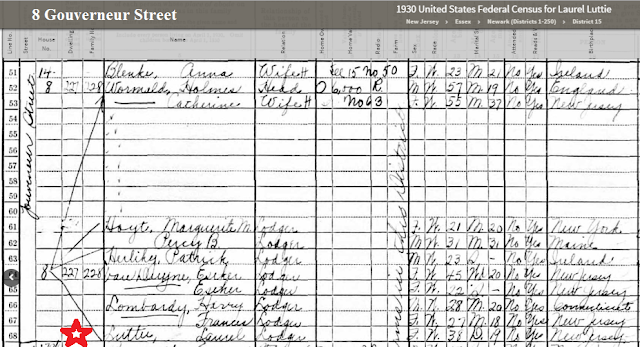