My father tested his DNA at Ancestry.com.  He spit July 12th and the results appeared today- a quick turn-around time.

I am already tested at Ancestry.com.  I cannot test my mother because she has passed.  (Ancestry does not accept file transfers from other testing companies.)

To my delight, someone with the Luther surname appeared among the matches.  This is a first.  The amount of shared DNA places him in the second to third cousin range. 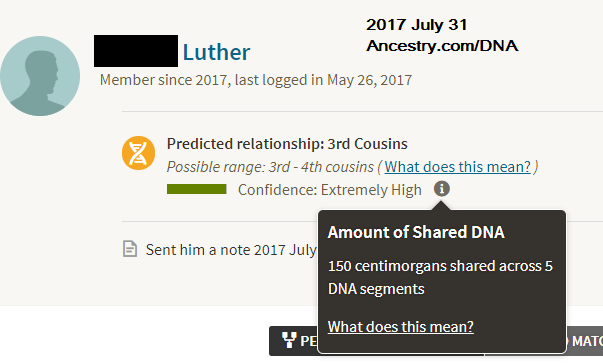 Ancestry has a function to check for close cousins in common.  This Luther cousin matches a woman who appeared among my DNA matches two years ago.  This woman is a descendant of Alexander Lutter of Chicago.  A man named Alex Lutter witnessed the marriage of my great great great grandparents, Herman Lutter and Clara Uhl, in 1888 in Newark, Essex County, New Jersey. 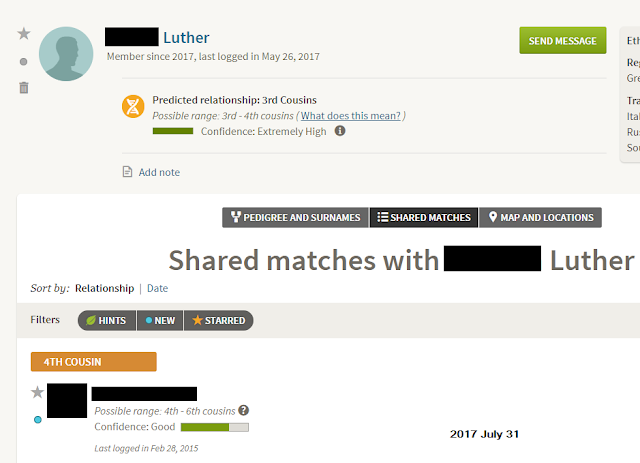 Herman Lutter's father was Wilhelm Lutter, based on the marriage records of Herman and his brother, Otto (who used the surname Luther).  That is the end of the Lutter line traced to date- the shortest in my family tree.  Herman was from Scheibe (renamed Neuhaus) in Thuringia (Germany).  (Herman and Otto's mother's name varies.) 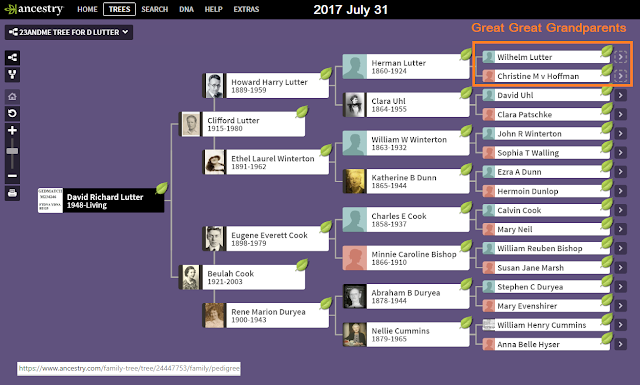 This DNA connection could break down that brick wall.

Let's hope he answers my message.