For years the union of my fifth great grandparents, Jonas Long and Elizabeth Merrill, circa 1816, has eluded researchers- until now.

Thanks to cousin Chris G, we have a record of this marriage. The couple was not married in Middlesex County, New Jersey, as was popularly claimed. They were married in Staten Island/Richmond County, New York, at Saint Andrew's Church, on October 13, 1816. 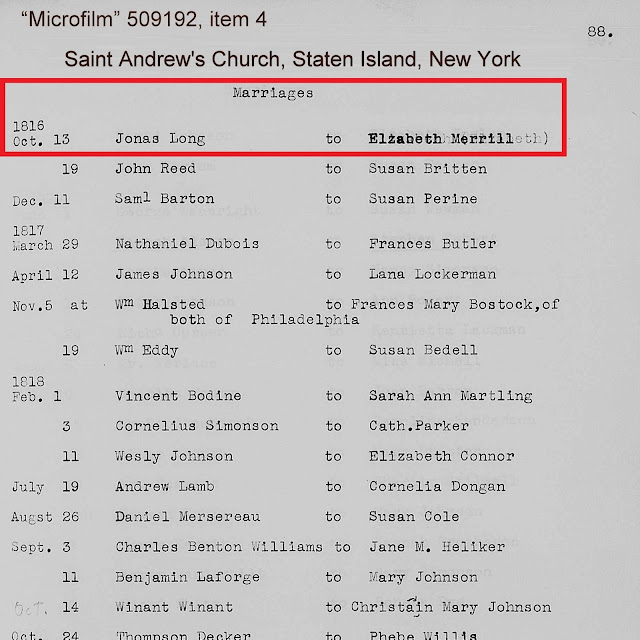 Chris G found this entry in the transcript of the records (viewable at a Family History Library) of Saint Andrew's Church, Staten Island, New York, which still exists. 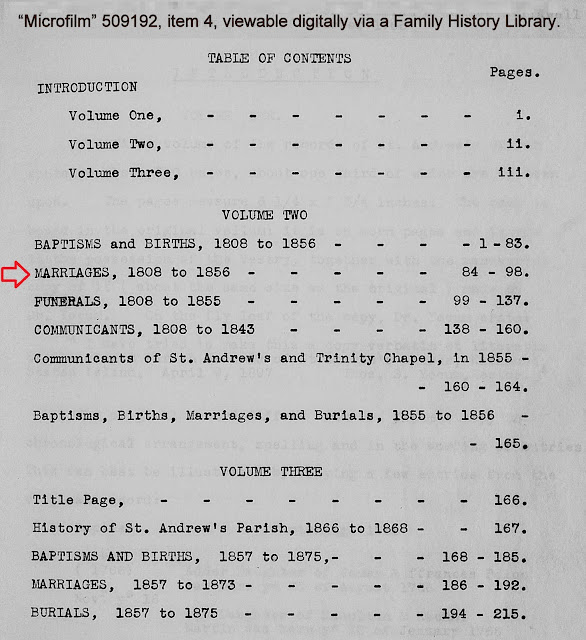 Merrills were abundant in Northfield in this time period. The Longs were not. Jonas Long was probably from neighboring Middlesex County, New Jersey. His parentage is still a mystery, but a clue is in the naming of a son Jacob Van Pelt Long.