This posting is one of several concenring a stack of old photographs that I recently received.  Most are not labeled, so I am attempting to ascertain something about the subjects. 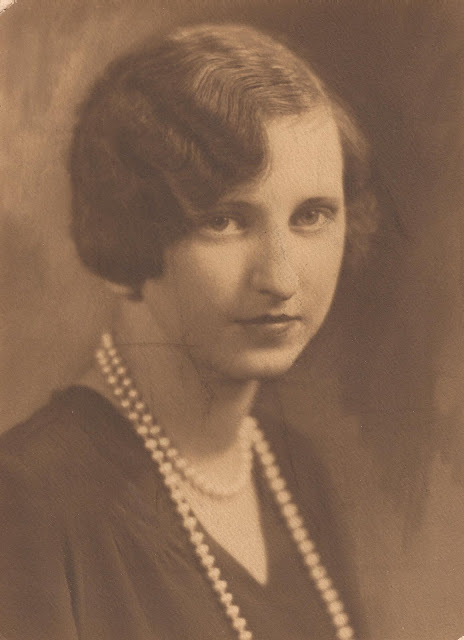 This photograph looks to be professional and from the 1920s, judging by the bob hairstyle and soft makeup. 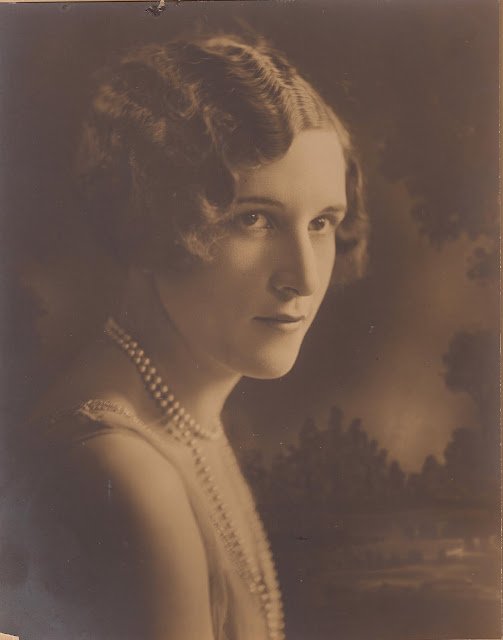 This photograph is larger than the one above.  I am thinking that these pictures capture the same woman.  This photograph was mounted to a board with the photographer's credentials.

Jay Te Winburn of Montclair, New Jersey was the photographer of the second picture, and perhaps the first.  A little checking for him in the census finds him in Montclair, Essex County, New Jersey in 1920 and 1930, working as a photographer.

Once the photographer was located and dated, I googled him.  I uncovered several generations of Winburn photographers.  It seems that the Winburn who snapped the above photos specialized in prestigious weddings.

Finding information on the photographer's main subject, weddings and brides, can help us with the above photos.  The woman or women in the pictures had enough money to have pictures done by a prestigious photographer.  These could be engagement or wedding shots.  So I am looking for a woman in my family tree who was married around 1920 and had enough money to splurge on these photos.  She did not necessarily have to live in or near Montclair, as she could have travelled to Mr. Winburn's studio, or he could have travelled to her.  I have several candidates.  Having the groom in the pictures may have helped.
Posted by Jody Lutter at 11:04 PM