Gravestone Picture from the Past

I found a picture of a gravestone.  The picture itself is over one hundred years old.  I found it in Turner's city directory for White Plains, Westchester County, New York on a visit to the White Plains Public Library.  The picture is part of an advertisement for a monument company.  The inscription is very readable:

The caption under the picture lists Woodlawn Cemetery.  Naturally, I wanted a current picture of this grave for comparison.  No match at findagrave.com.  There are over twenty cemeteries named Woodlawn in New Jersey and New York, so I am not sure which one holds this stone.

There is actually not much on Theodore Mahland or the Mahland family in general.  I did find Theodore in the 1880 census living at 281 East Broadway in New York City.  He had a wife named Louisa, a daughter, Ella, and a brother, Otto. 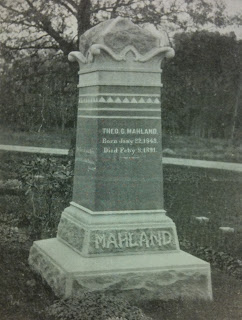 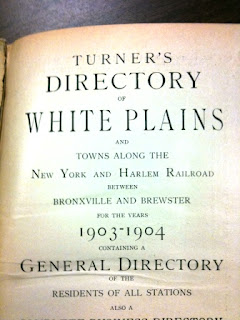