I was reviewing a New Jersey (second) marriage with someone from Jersey City in 1888.  We don't have the original record, only the entry (no image) at FamilySearch in the collection, New Jersey Marriages, 1678-1985.

The question was:  As this is a remarriage, is the bride's name in the index her name at birth or her first husband's name?

The answer:  We don't know unless we look at the record.  (The record is on microfilm in Trenton, so we aren't going to see it from our computers at home.)

I looked at some marriage returns in my possession to compare to the online index.  From Jersey City in 1886, I have the marriage return for the second marriage of bride, Anna, to James Livingstone Miller.  She was the daughter of Louman Heiser (Hyser) and Catherine Eckler.  She first married William H Cummings in 1877 in Catskill, Greene County, New York.

Next I turned to the index at FamilySearch to see which name appears. 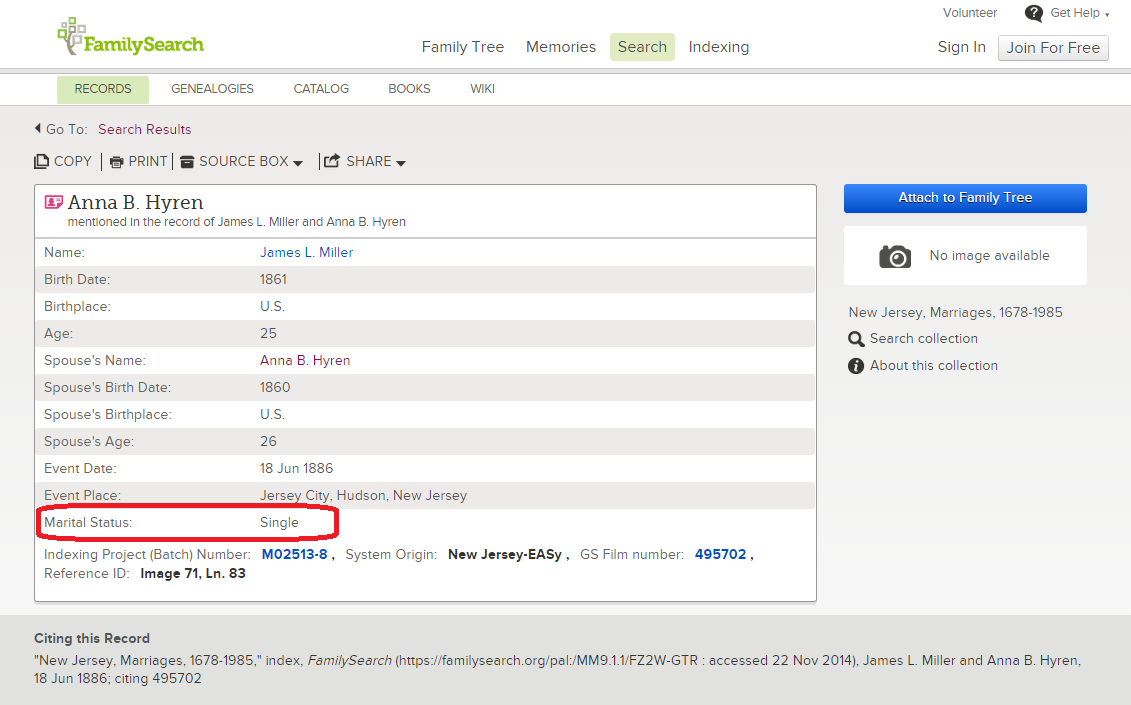 
By 1900, Anna Hyser had married again, this time to Nicholas Brower.  My grandmother told me she married four times.  Still looking for another husband.