A connection was solved with a DNA cousin at 23andMe.

This match stood out because the shared DNA was 1.57% over a single segment.  This placed the match among my father's closest family, where it sat anonymously for over a year.

A name was finally revealed this week and I found the person on FaceBook.  She accepted my request to "share" on 23andMe and provided the names of her four grandparents so we could figure out the precise relation.

Her grandparents were from New Jersey, which is where we needed to be geographically.

The FindAGrave memorial for her grandfather, Charles Graner (1924-1985), included a note about the 1920 federal census in Denville, Morris County, New Jersey.  Her grandfather was living with Cooks.  My paternal grandmother was Beulah Cook (1921-2003), descended from Cooks in Morris County. 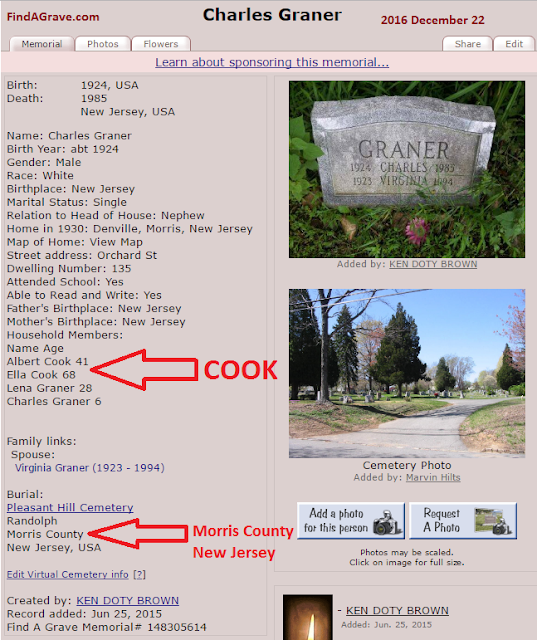 After reviewing the Cook branch, Charles Graner's mother was determined to be Lena Cook, a daughter of Charles Cook (1859-1921), granddaughter of Henry Cook (1828-1902), and a great granddaughter of Stephen H Cook- my ancestor. 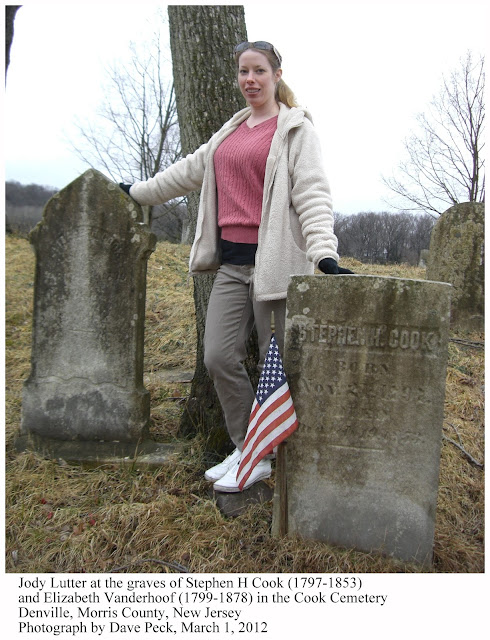 Thus, our most recent common ancestors were Stephen H Cook (1797-1853) and Elizabeth Vanderhoof (1799-1878).  This DNA cousin is related to my father as a fourth cousin, once removed, and to me as a fifth cousin. 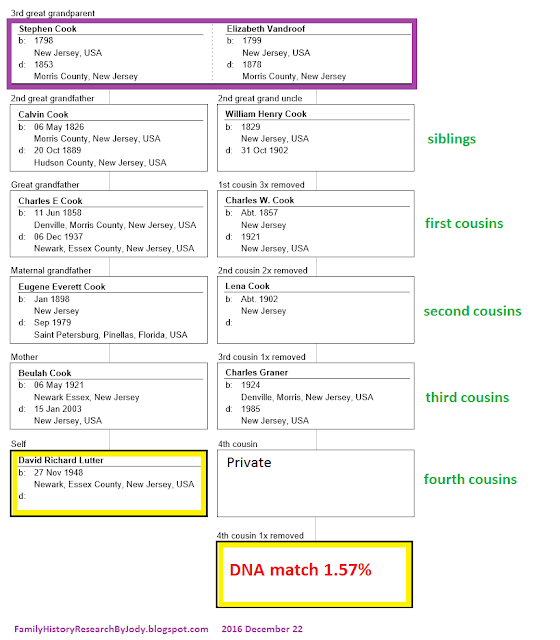 Below is the shared DNA reported at 23andMe between this Cook/Vanderhoof cousin and my father, his siblings, and a third cousin of theirs.  All five have the exact relation to the newly discovered cousin- fourth cousins, once removed.  Note that two of them share only one small segment. 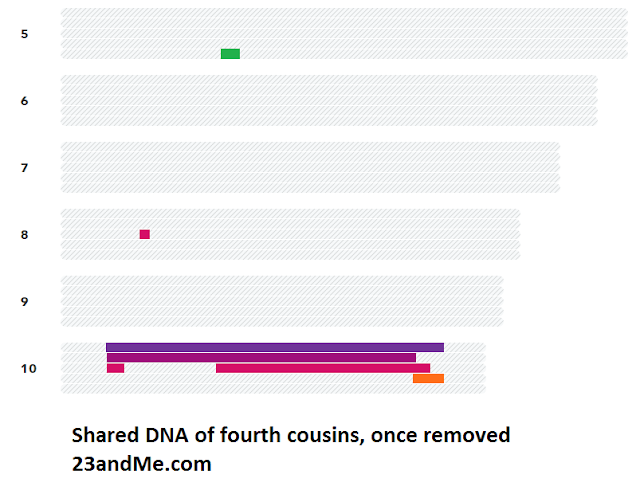 Almost all of chromosome 10 remained intact for my father and one of his brothers.  Total length was 116 cM and 21,000 SNPs for my father.

For the next generation, comparing what my father passed on to my sister and me, I inherited the entire segment while my sister received half.  Amazing that this whole segment survived six generations down to me.  We do not know if the segment is from Stephen H Cook or Elizabeth Vanderhoof.

For fourth and fifth cousins to share such a long segment is an outlier in expected amount of shared DNA. 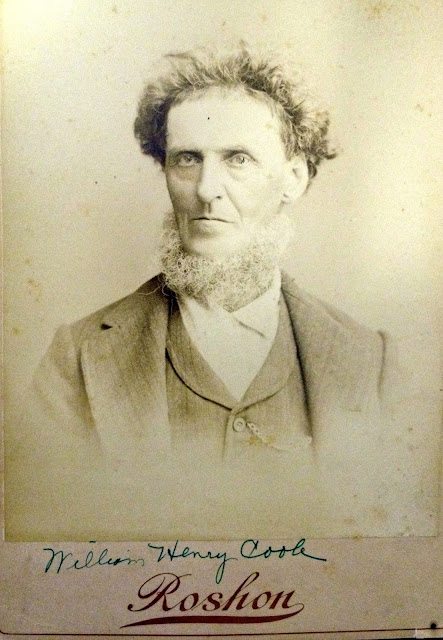 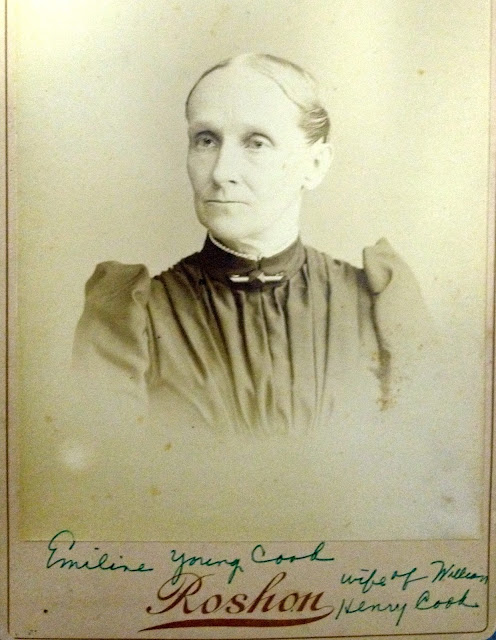 These are pictures of photographs housed in the Denville Historical Society and Museum.  Henry Cook (1828-1902) and Emiline Young (1834-1906) were the third great grandparents of this latest DNA cousin.