Birth Certificates of Adoptees in Pennsylvania

The disappointment was that the document was a limited transcription and not a copy of the original record, in contrast to the title. 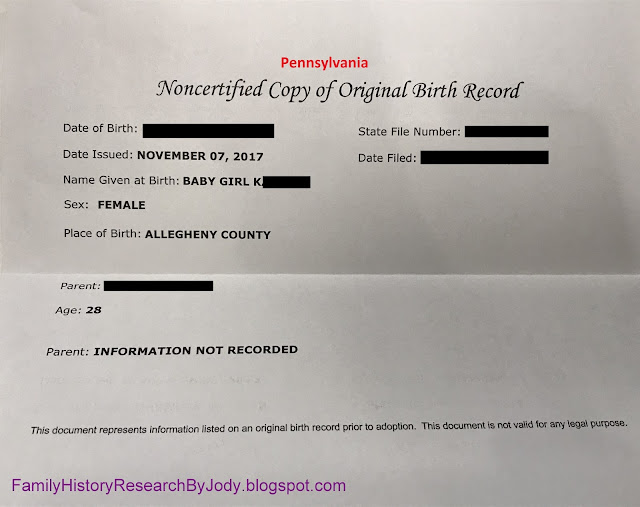 In response to criticism about the limitations of this document, Pennsylvania re-issued the birth records on nicer paper. 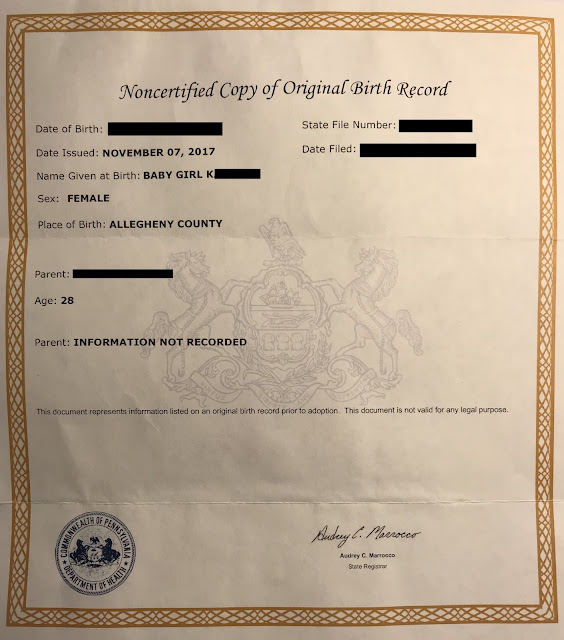 The information available is the date and county (not town) of birth, original name of baby, and names and ages of parents. This information could lead adoptees to find their biological families. But the missing information might be needed if the named parent or parents is not enough. More information increases the chances of success.

The person who kindly supplied me with her "original birth certificate" identified her biological mother shortly before receiving the document. That will be explained in an upcoming post. The biological father has not been identified (yet) through DNA testing and unfortunately was not named in this birth record. 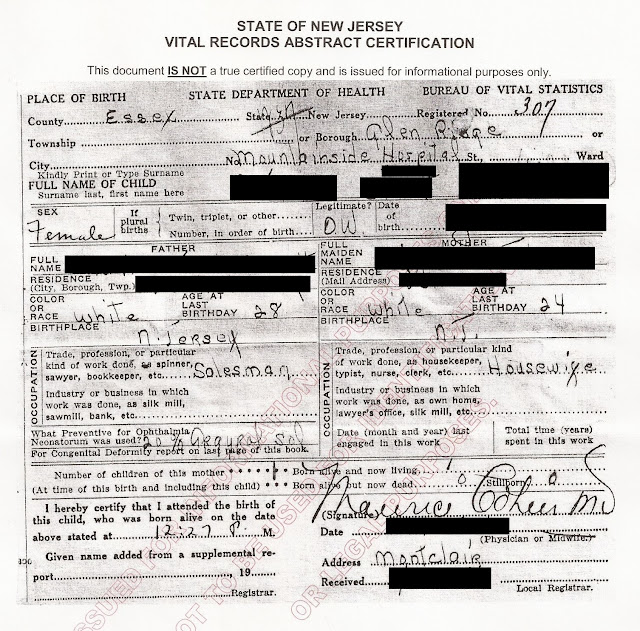