Searching for a Johnson ancestor is not easy, so I turned to Winterton, the related and less popular surname.  I found an older will from 1785 in New York City for William Winterton.  William is a popular given name in my Winterton tree.

The will provided some great information.  William Winterton was a mason in New York City.  His wife was Ann.  His children were William Winterton and Jane Winterton, wife of John Johnston.  The surname Johnston jumps right out at me because in my documented tree, Sally Ann Johnson (1802-1882) and Samuel Winterton (1800-1877) were my 4X great grandparents. 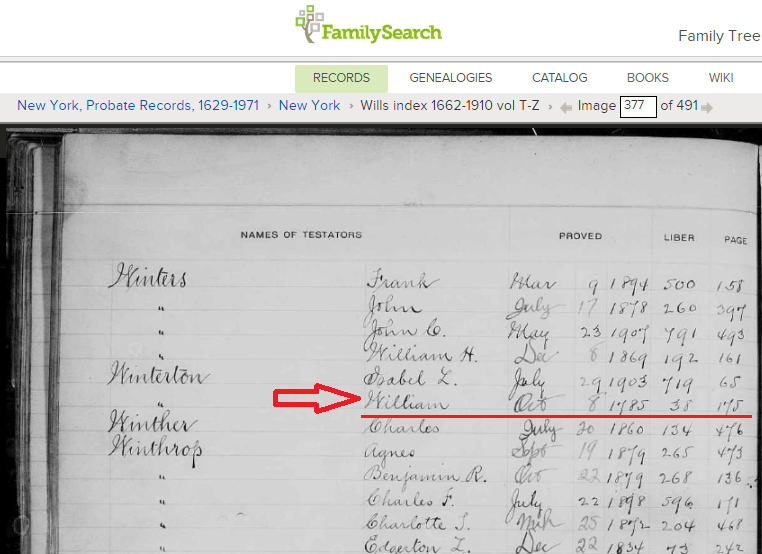 I googled Jane Winterton and John Johnston and came up with a few sites with their transcribed marriage record:  June 21, 1773 in New York.  This fits the time frame, but I can't rely on transcribed records. 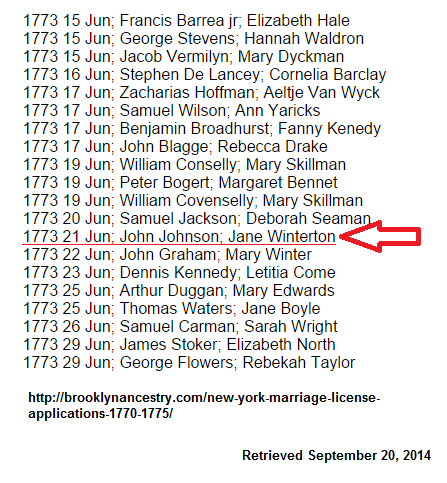 The New York Marriages collection at FamilySearch.org provided a slightly different date for the marriage of Jane Winterton to John Johnson:  July 8, 1773.  The church was provided:  Trinity in New York City. 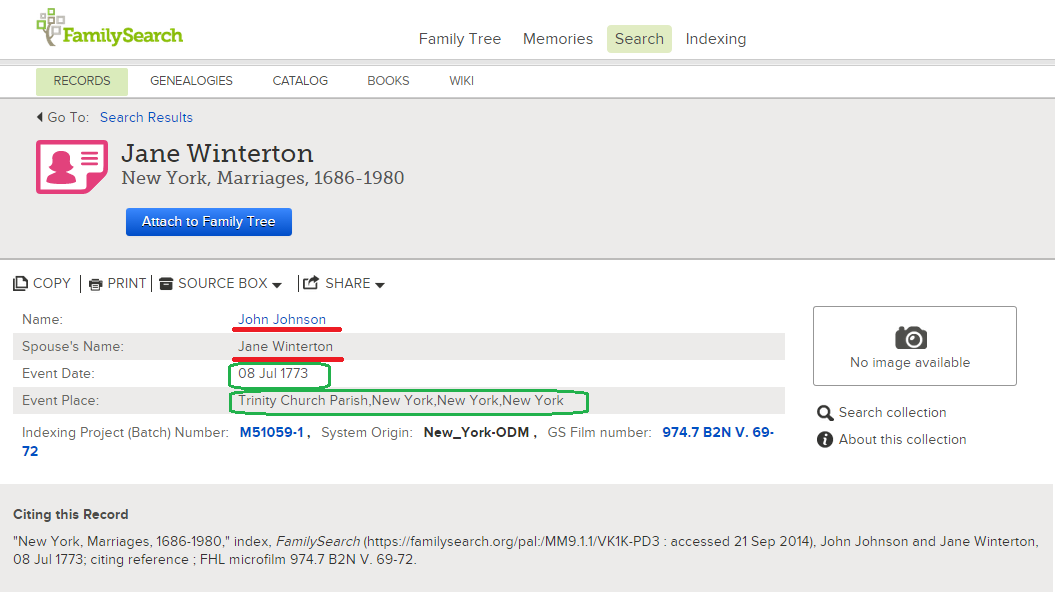 Trinity Church offers its records in transcribed format for free on their website.  There is an entry for John Johnson marrying Jane Winterton on July 8, 1773 by Samuel Auchmuty. 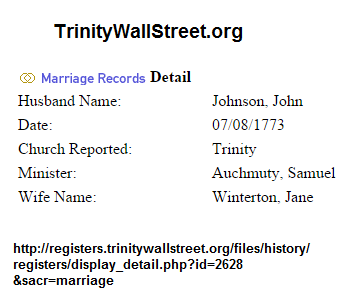 In the newspapers, I found another mention of a lawsuit, one year prior to the Winterton versus Johnson suit in 1855.  Here we have Joseph Riddock suing Samuel Winterton, his wife Sally Ann [Johnson], John Johnston, and his wife Anna.  Is Anna really Jane Winterton, the aunt of Samuel Winterton?  Or is Anna actually Sarah, the mother of Sally Ann? 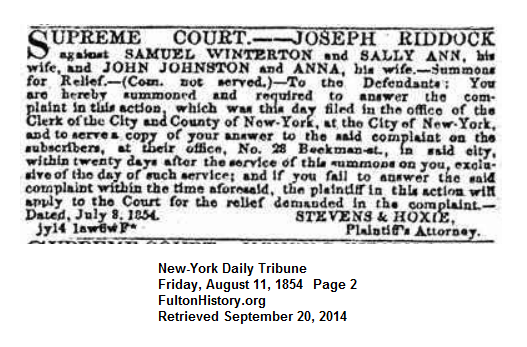