I finally found a marriage record for my 3x great grandparents, Stephen C Duryea (1814-1887) and Mary Ann Evanshirer (1842-1916)!  The record is in the form of a marriage announcement from a newspaper, New York Evening Express, which I found by doing a Google search of FultonHistory.com. 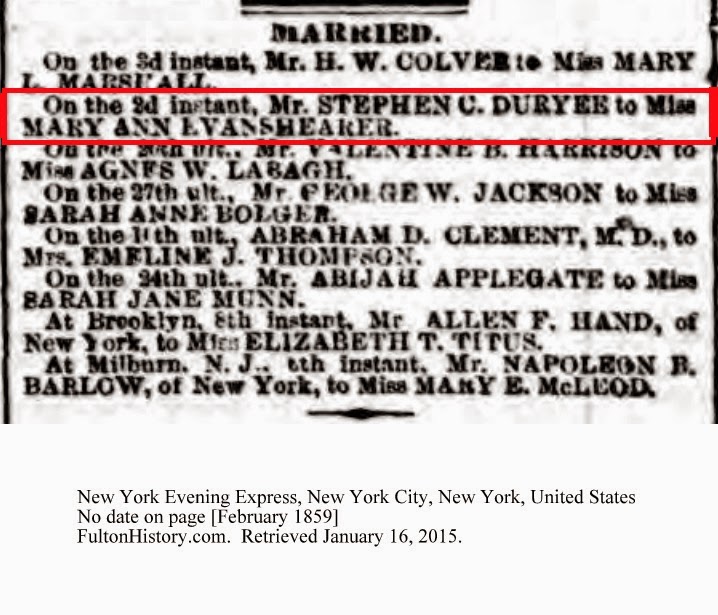 The possible years of searching for this marriage were narrow.  Mary was born in 1842.  Her first child, Garrit Duryea, was born in February of 1860.  She would have married as late as the year 1859, and not much earlier.

A marriage announcement in the newspaper is also the only record I found so far for Mary's parents, John Evenshirer and Rene Brewer (1824-1904).  Note the spelling this surname:
1842- Evenshirer
1859- Evanshearer
John Evenshirer remains a tail in my family tree.  He must have died before 1847, when Rene Brewer remarried to George W Duryea (1823-1864).  Spelling variants are normal (look at Duryea and Duryee above), but I still cannot find any solid leads on this surname.