Discovering Ancestors in Names of Cousins

When researching family lines, it is vital that you research siblings of your direct ancestors, as well as their children and grandchildren, because they will yield additional information on your shared ancestors.  Also, when possible, obtain certificates of births, marriages, and deaths, even if you *think* that the record would contain nothing new.  The record would at least confirm other evidence and may provide new clues.

On my most recent trip to the New Jersey State Archives in Trenton, I copied John Duryea's marriage certificate to Katherine Dwyer (1858-1929).  They were married in Hoboken, Hudson County, New Jersey on February 11, 1889.  To my surprise and delight, John's middle name was included on the certificate.  HORTON.  I wonder if the family knew of the origin of this name when John was named, as he is the grandson of Ann Cornell, not Charity Horton. 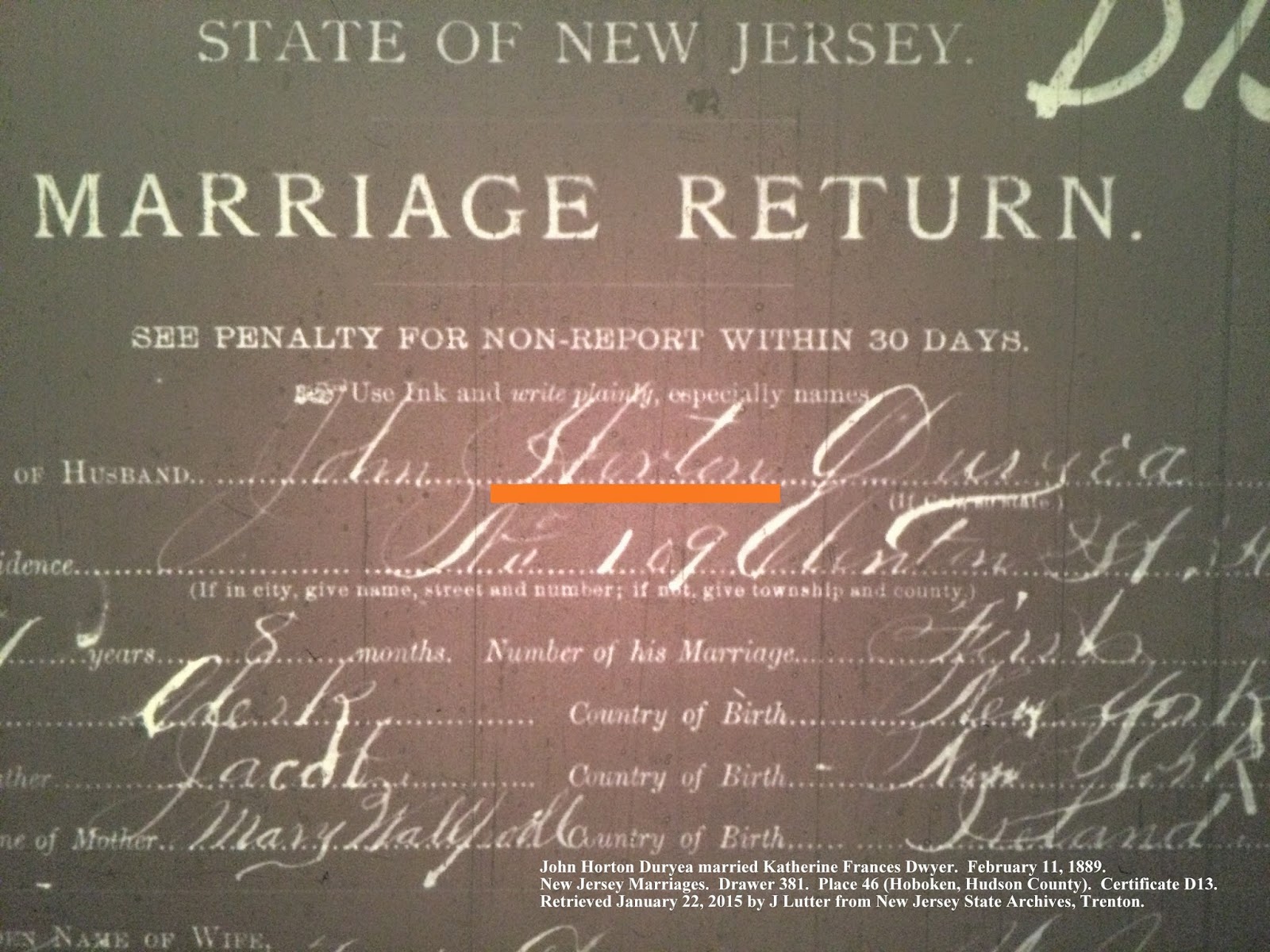