I've never seen "United States" as a given name, but here it is on a birth record from 1909- for father and son. 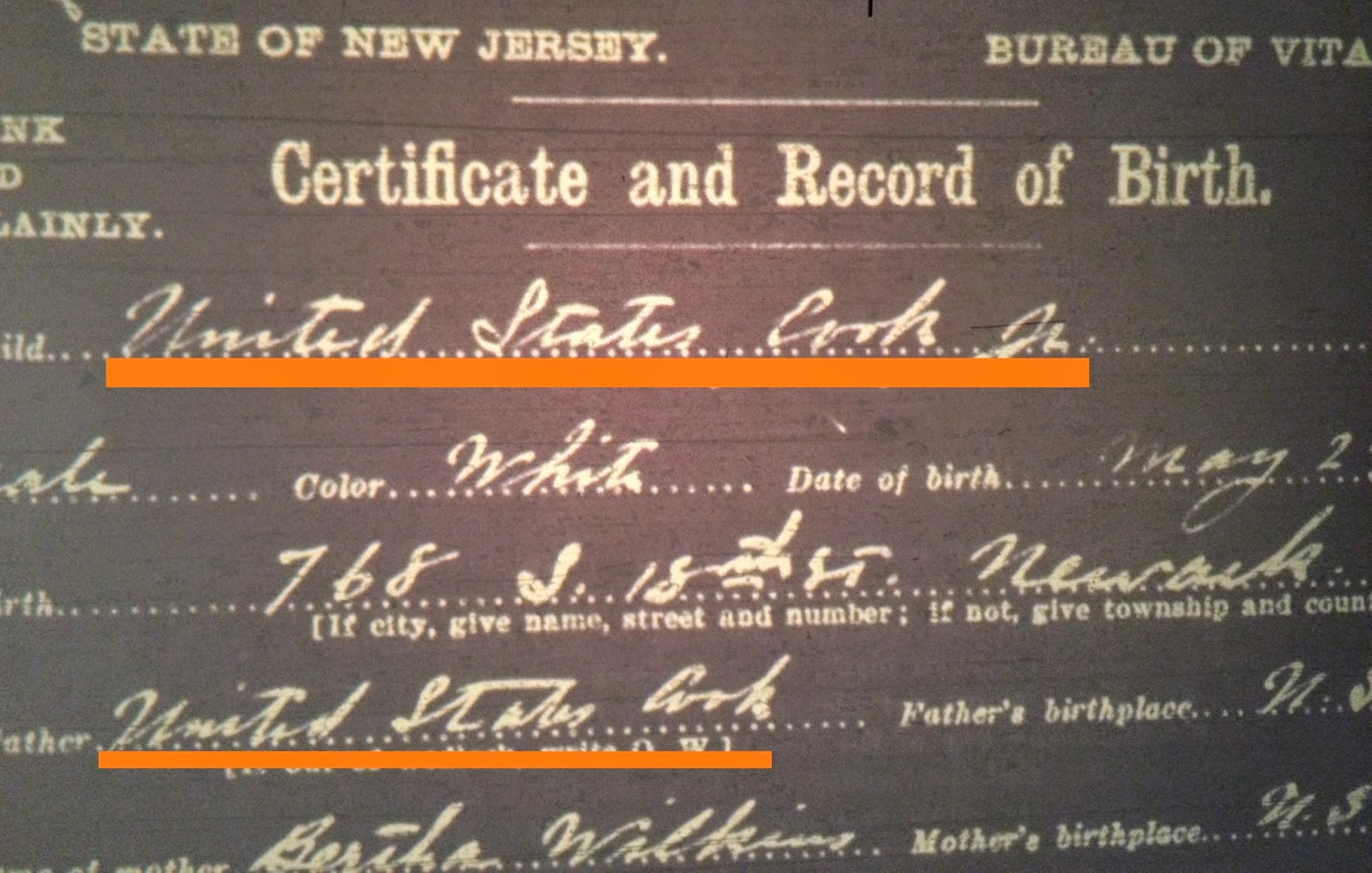 I also found it unusual that the notice of a name change- over sixty years later- was on the microfilm with the birth certificate.

In case you thought this was a clerical error, it's not.  Here is United States Junior with his mother in the 1920 census.