I like to coordinate newspaper articles with other records.

At GenealogyBank I was perusing the Jersey Journal, a newspaper for Jersey City, New Jersey, and came across an article and an obituary for Mrs Annie Duryea.  She held the belief that an animal was living in her stomach and slowly killing her.  Annie died on December 12, 1879- before the article appeared in the paper. 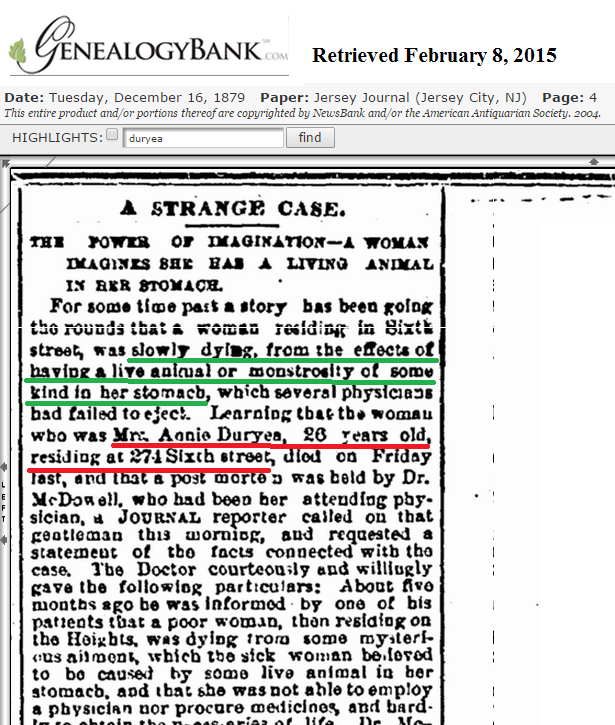 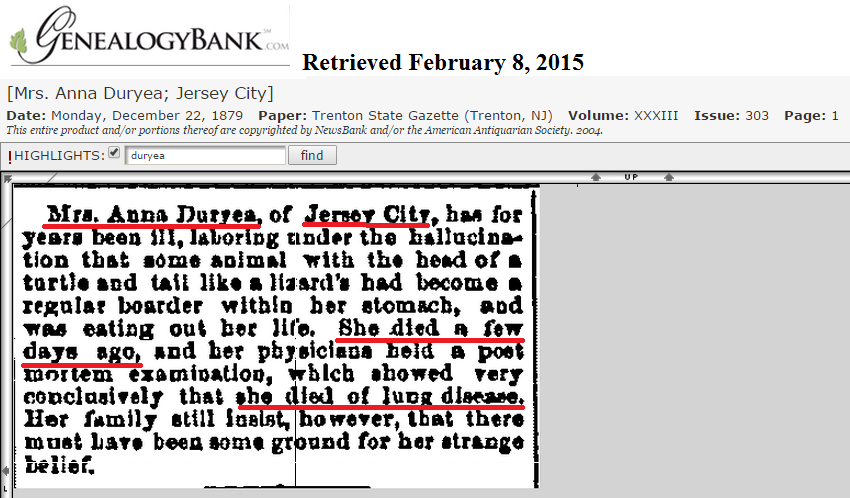 True to the doctor's opinion in the paper, Annie's death certificate listed the cause of death as Phthisis Pulmonalis, or tuberculosis of the lungs.  (This ancient disease still infects people today.)  One symptom of this infection is wasting away of the body, which Annie and her family attributed to the creature living in her stomach.  We must wonder if Annie had some other medical issue causing her problems, such as a tumor, allergy to food, or even a pregnancy, which medical providers of the 1870s may not have discovered.

The address, 274 Sixth Street in Jersey City, is the same on the death certificate as in the newspaper.  Her parents were Gilbert Johson (or Johnson?) and Elizabeth.  I do not know Annie's husband at this point.  No Duryeas were living at this address in this time period.

If this Annie belongs to a branch in your tree, let us know.