For the first time I viewed Irish records for family in the United States!

My Irish studies get stuck once we reach the generation that left Ireland and settled in the United States.  Rarely does a record reveal anything more specific than "Ireland" as the place of birth.  The lack of a specific area in Ireland to look for records, combined with the prevalence of certain common Irish surnames, results in short Irish family trees.

To help my DNA studies, my maternal grandmother's first cousins tested their (autosomal) DNA at 23andMe.  (Their mother and my grandmother's father were siblings.)  All of their ancestral lines trace back to Ireland.

Both cousins showed a close match via comparisons at GedMatch, where people can upload their DNA results from the three major testing companies, 23andMe, FamilyTreeDNA, and AncestryDNA. 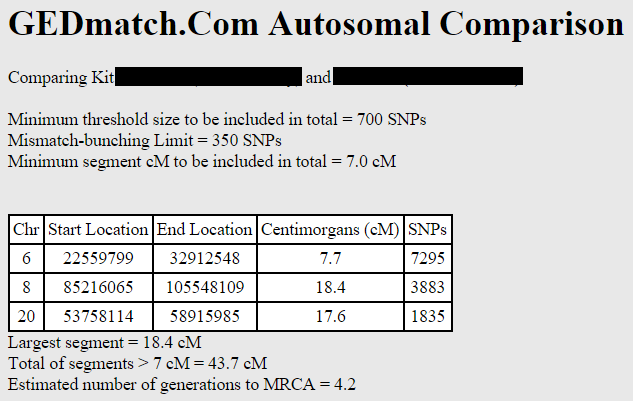 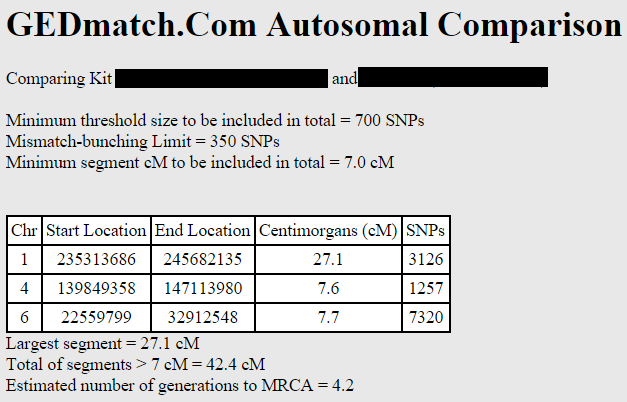 This DNA cousin and I compared family trees.  The connection- the common ancestor- should not be very far back.  The DNA cousin had the surnames Donovan and Coughlan in her family tree.  My cousins' grandparents were John Coughlin (1854-1906) and Margaret Donovan (1855-1906), both born in Ireland, died in Bayonne, Hudson County, New Jersey.

Usually, I would be stuck at the "from Ireland" part.  But the DNA cousin had a specific location in Ireland for her Donovan and Coughlans:  Skull (or Schull) in County Cork.

I had to find family for the Coughlins and Donovans in Bayonne.  A link came with Margaret:  she was buried at Holy Name Cemetery in Jersey City in the same plot as a child, William Donovan, who died in 1900.  [You can search burials for Holy Name Cemetery at the website of the Archdiocese of Newark.]  I did not find a gravestone for their plot.  (I searched before the snow.) 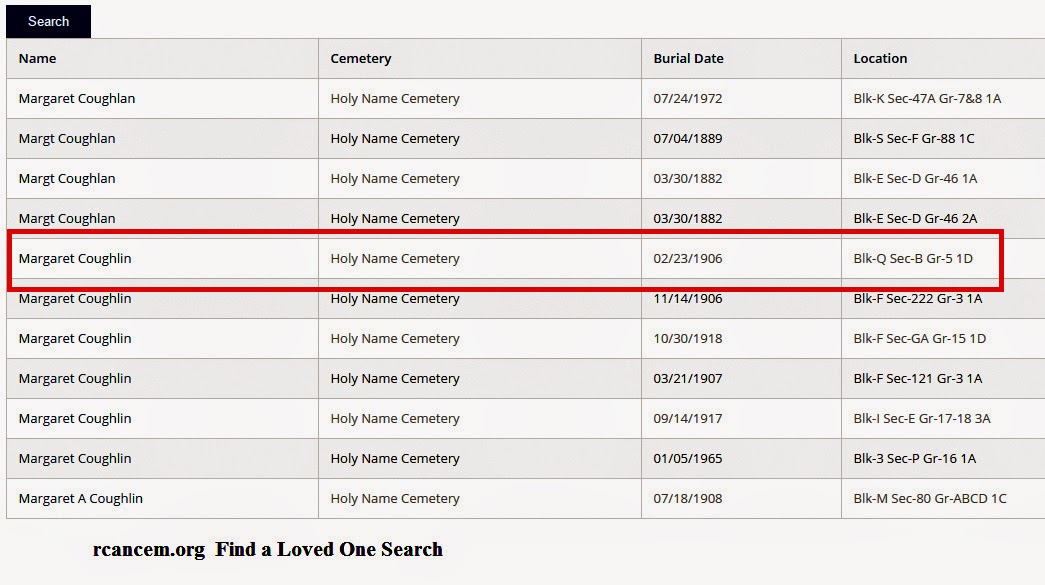 Here is little William Donovan in the 1900 federal census in Bayonne with his parents, Lawrence and Mary.


This is William's death certificate.  The date of death coincides with the William buried with Margaret Coughlin in Holy Name Cemetery, and the address is the same as the census, so we know that we have the correct William.

If you can find a marriage record for an individual, you have a better chance of seeing full names of both parents, as the person was alive when this record was created.  In comparison, the information in a death record is entirely dependent upon the recollection or knowledge of someone who may have little information about the deceased's family.

So I now had Lawrence Donovan, son of William Donovan and Ann Daly, of Ireland.  Perhaps Margaret Donovan, wife of William Coughlin, was Lawrence's sister.

The DNA cousin sent me copies and links of church records from Schull East in County Cork.  A couple by the names of William Donovan and Anne Daly had several children baptized between 1855 and 1875, including a son, Lawrence, in 1862 and a daughter, Margaret, in 1855. 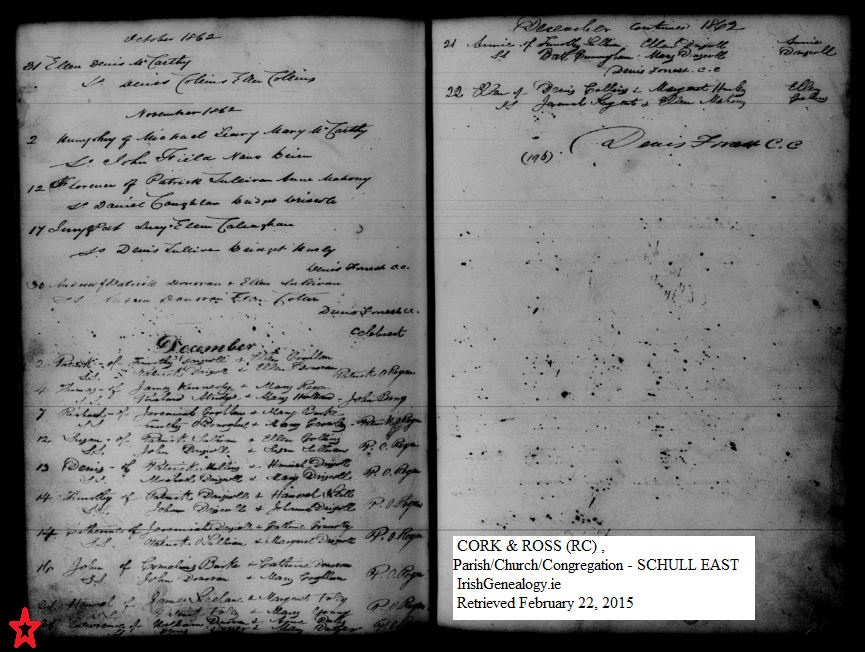 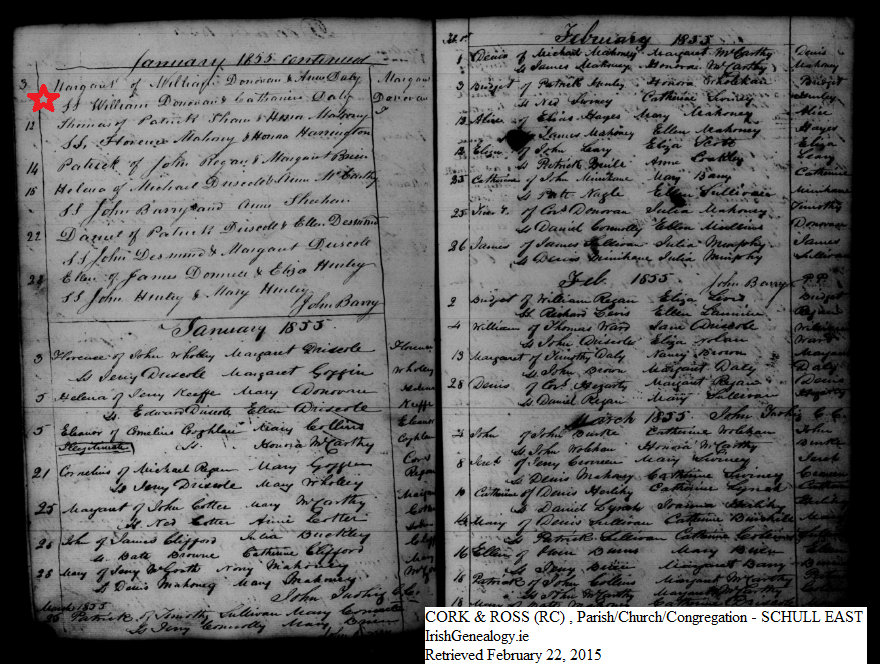 The baptismal record for the last child that I found in Ireland, Timothy, was in a different format and provided a specific place name, Cappanolly.  To find this place today, search for Cappaghnacallee.  (Thank you TCO and TS.)

This family in the 1885 New Jersey State census- index at FamilySearch.org: 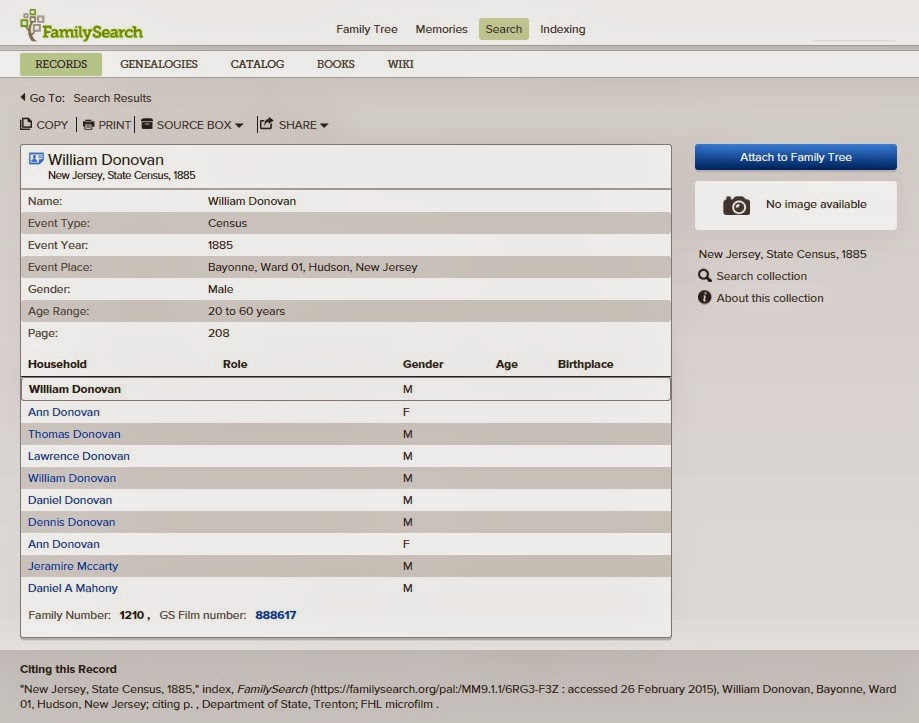 William Donovan and Mary Daly from Schull immigrated with their children to the United States.  Ann died in 1893 and William died in 1897 in Bayonne. 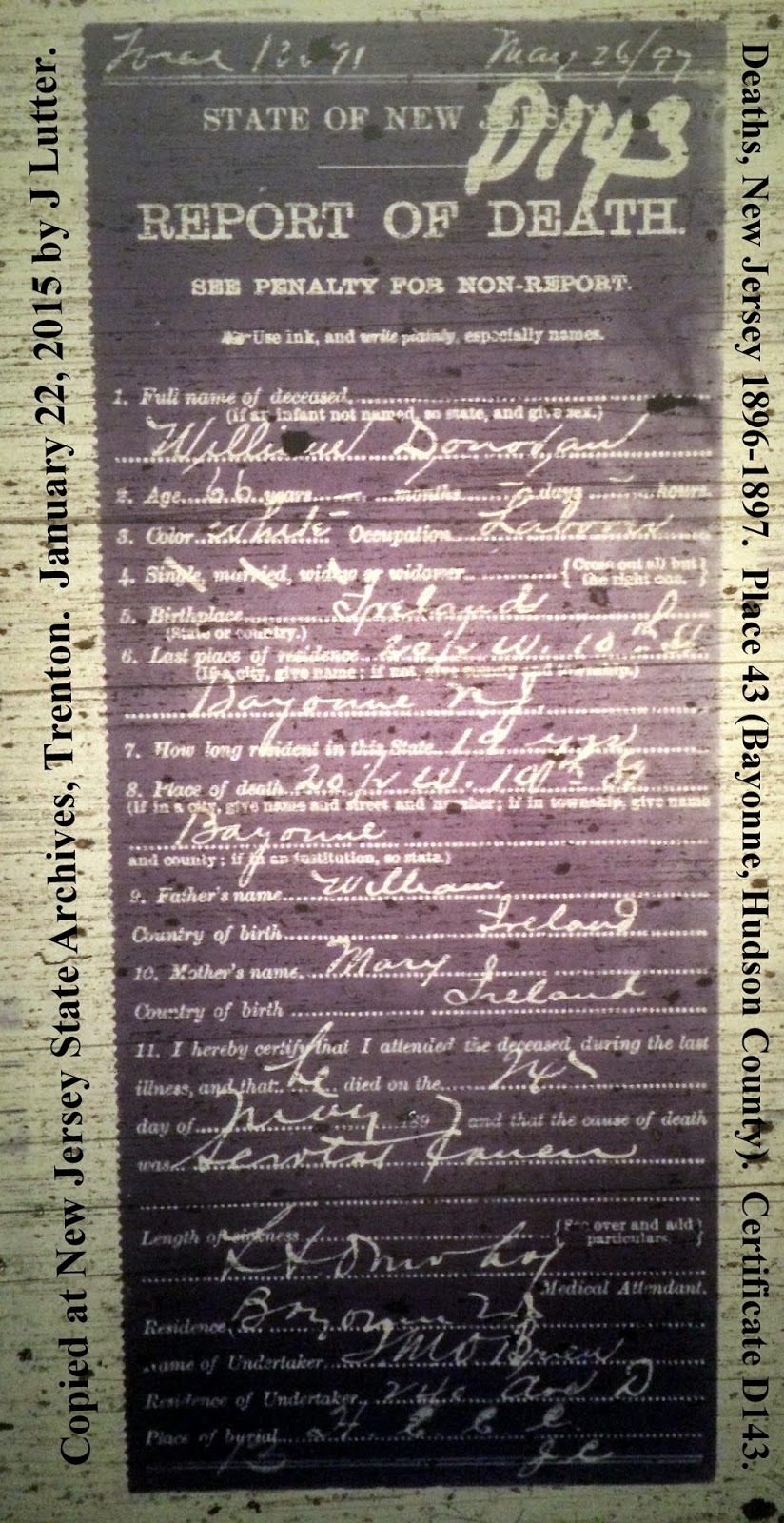 William Donovan's parents were listed as William and Mary.  If we search for this couple in Schull, we find William Donovan in the tithe applotment book for Cappanacollie in the year 1827! 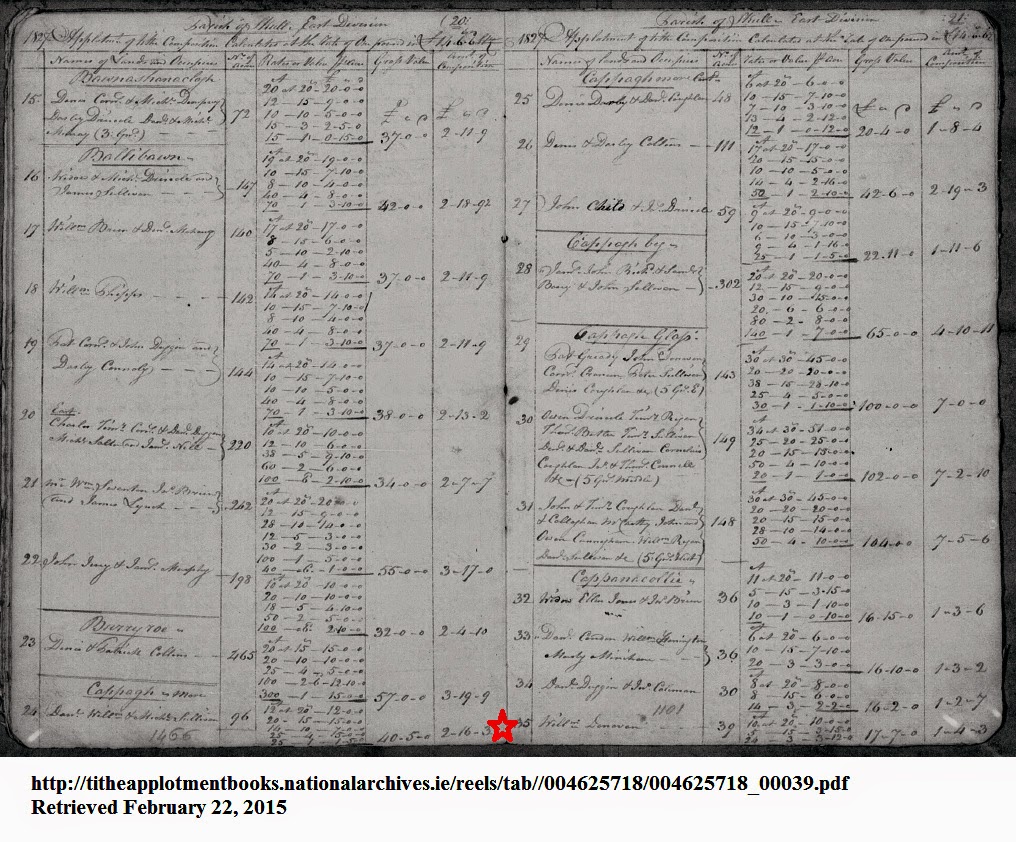