When researching your family's history, each new discovery answers some questions and raises new ones.  Such was the case with the Estate of Fannie Brewer.

Fannie Duryea (1830-1901) married Abraham Lent Brewer (1826-1901) about 1848 in New York City.  They died within hours of each other in April of 1901 in Spring Valley, Rockland County, New York.  Abraham died first.  Fannie's will left everything to Abraham, but since he died before she had a chance (a few hours) to write a new will, Fannie was deemed to have died intestate.  The couple had no surviving children, so Fannie's estate was divided among her living relatives.

This was a great find.  Fannie's siblings were listed, along with their children.  But this was an incomplete list.  I was confused by the omission of one sibling, John Duryea.  John died in 1836 in New York City.  I theorized that maybe the family had forgotten about him, since he died so long ago.  Yet one of John's children, Catherine Jane Duryea (1834-1906), was a witness at family wedding in 1890 in Jersey City, signing "Kate Lockwood."  So Fannie's long-gone sibling, John Duryea, was not forgotten, but rather omitted from the distribution of the estate.

Later, I discovered another older and long-deceased brother, Rulief S Duryea.  In the 1830s, Rulief moved to Illinois and established Yorkville in Kendall County with James S Cornell (related to Ann Cornell?).  Rulief died in 1846.  His wife, Susan Montrose (1812-1897), and children later moved to California.  Was Rulief forgotten or omitted on purpose? 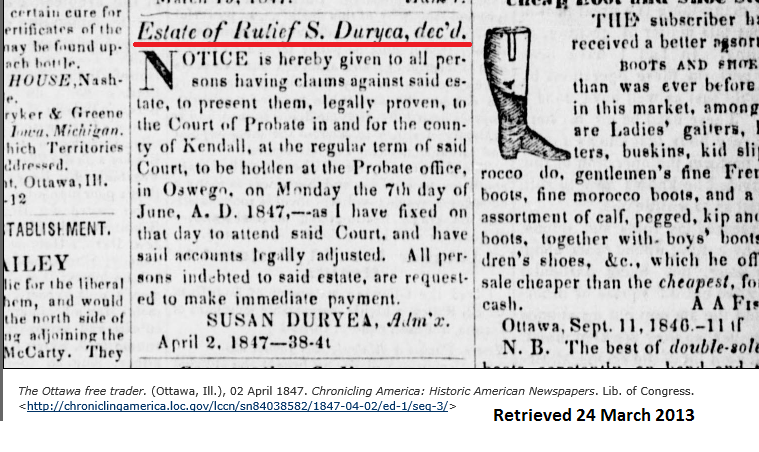 Now I think I have a better theory why Fannie's oldest brothers, Rulief and John, were omitted from her estate.  They were half-siblings.  Fannie shared a father, Garret S Duryea, with them, but not a mother.  Rulief and John's mother was Charity Horton.  Fannie and the siblings mentioned in the court papers were children of Ann Cornell (1784-1871).  Ann outlived Garret some 37 years.

In 1901, when Fannie's estate was probated, New York law provided that full siblings inherited to the exclusion of half siblings if the inheritance came through the non-shared parent. 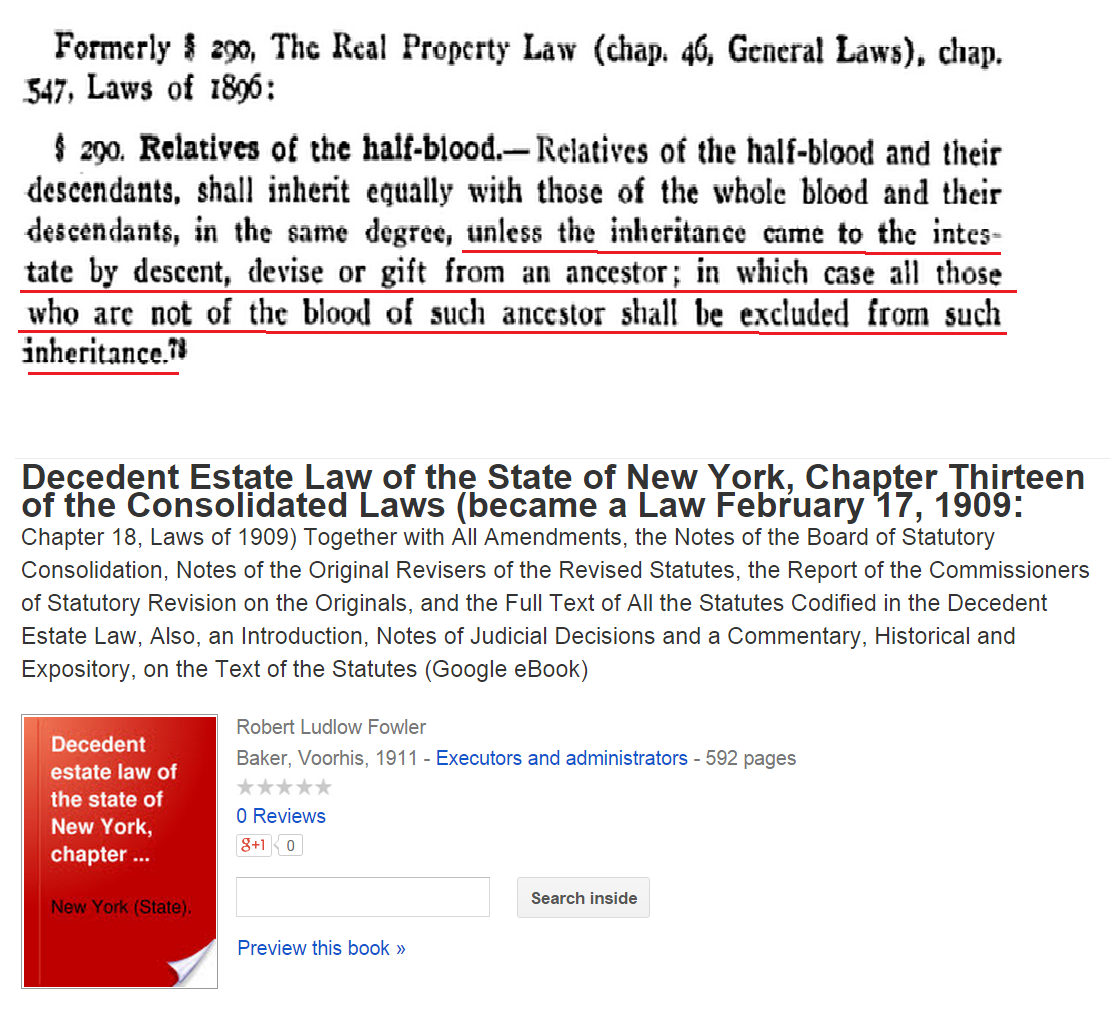 This is my explanation for now as to why the descendants of Rulief and John did not inherit anything from Fannie's estate.  Half-siblings could be excluded in certain circumstances.  I thought that Fannie's money came to her by her husband's death-- this would not be a reason to exclude Fannie's half-siblings.  The only explanation to exclude the half-siblings would be that Fannie's money came to her through her mother, Ann, who was not the mother of the half-siblings.  But Ann died 30 years before Fannie.  Surely any money was long disbursed and used.

Email ThisBlogThis!Share to TwitterShare to FacebookShare to Pinterest
Labels: Brewer, Duryea, probate, will