New close matches appeared at 23andMe for my father and one of his siblings. 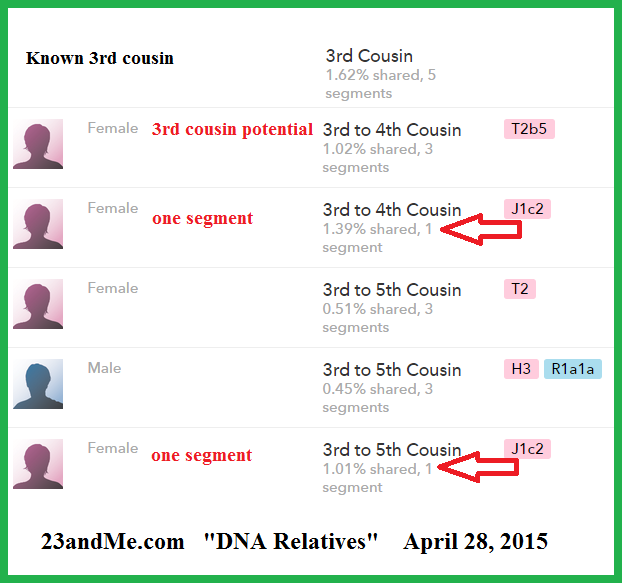 The person who shares 1.02% over three segments could be a 2nd to 4th cousin, which is workable on my end.  The shared ancestors could be as close as great grandparents, or a little more distant if this is a half relation.

Most intriguing are the two people who share just one segment because the segment is extremely long.  They may be sisters:  they appeared at the same time, share a maternal haplogroup (J1c2) with each other, and both match in the same manner- one very long segment.

No other information is revealed about these people.  I initiated contact through 23andMe's messaging system.  Most matches never answer.  My paternal tree is pretty full with or without input from these individuals, though their DNA comparisons would certainly help me and others.  I can imagine the grief that an adopted person would feel, having these close matches dangling in front of them, ignoring requests to explore their familial ties.

Any thoughts on the rarity of sharing just one very long segment?