My great grandfather, Howard Lutter (1889-1959), was a musician and created player piano rolls. From his rolls at DeLuxe I had a picture of him- the only we had for years. 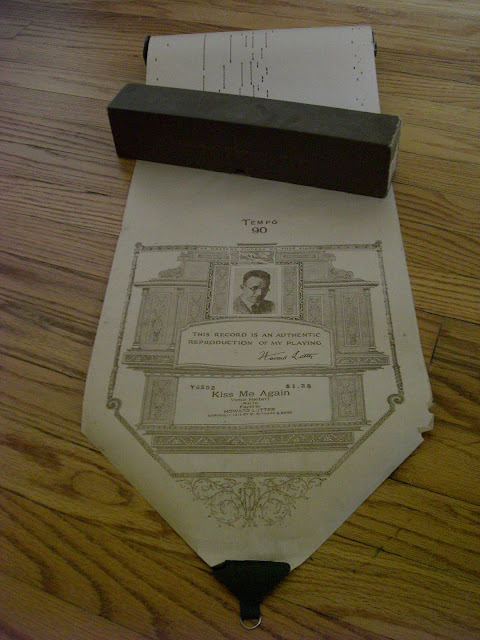 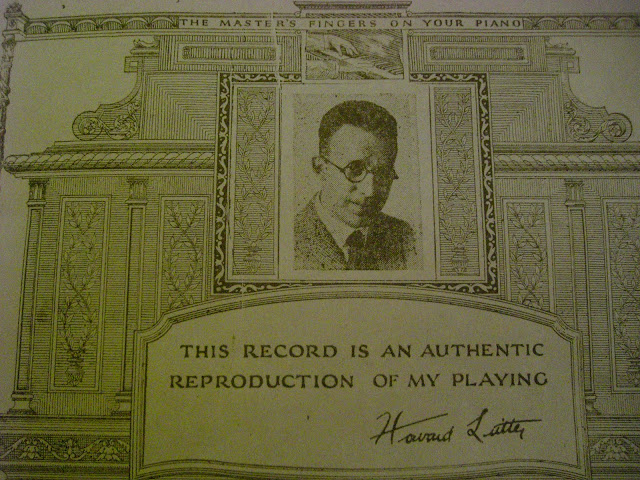 When an ancestor was in a certain trade, try researching the publications for that trade. I lucked out when I found The Music Trade Review online and searchable at www.arcade-museum.com/mtr/.  Most of the hits for Howard Lutter were ads for new player piano rolls. But I did find some gems, including another picture of him and a biographical sketch, where I read that he was in vaudeville.  So now I have two pictures of Howard Lutter.
﻿ ﻿ Howard's rolls provide a unique experience.  As the roll is being played, the piano keys dance just as he played them so many decades ago.  It's as if his ghost is sitting at the piano, playing music for our ears.
Posted by Jody Lutter at 9:10 PM