Stephen C. Duryea died 27 April 1887, according to his gravestone at Sleepy Hollow Cemetery in Tarrytown, Westchester County, New York.  I have copies of his probate records from Westchester County, mentioning his wife and surviving children with no surprises.

I cannot find his death certificate or an obituary. 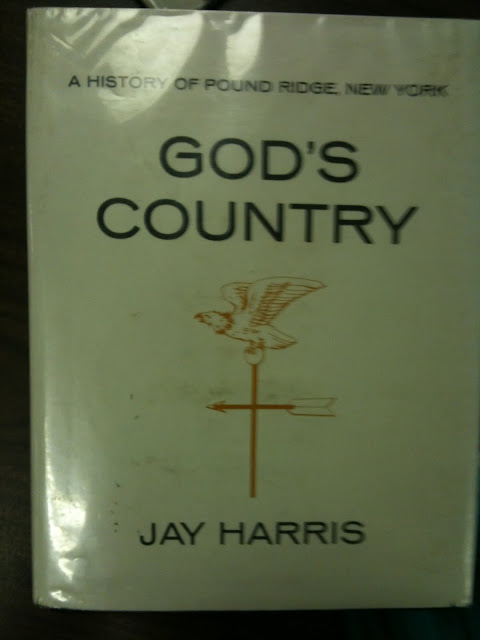 There was mention of Stephen C. Duryea owning property.  I found his parcel on a map from the 1870s.  I knew that he had purchased land in Pound Ridge from his probate records and from deed conveyances online at the Office of the Westchester County Clerk. 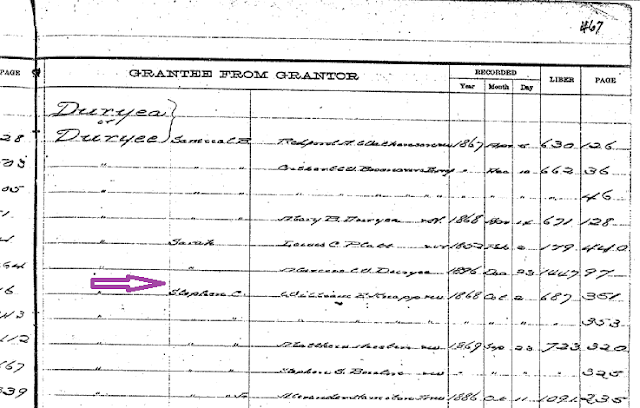 A search of this website does not show that Stephen C. Duryea sold these lands.  A map in God's Country from 1908 showed Mrs. Eyres on this plot.  Stephen's widow, Mary, had remarried Alfred D. Eyre.  So she owned the land at least until 1908.  I drove to the area, but without house numbers, I could not definitely find the correct piece of land.  I did find a lovely seen that I'd like to imagine they saw every summer. 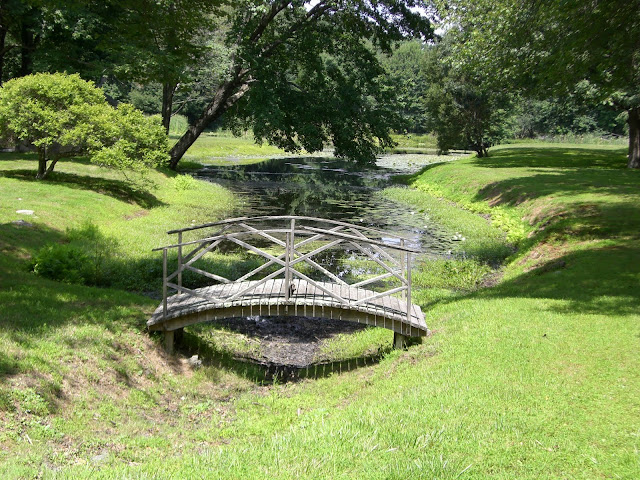 Back home on the computer, I researched the deed conveyances again, this time for Eyre.  She sold the land in 1910.  Although the name was Eyre, formerly Duryea, the online index only picked up Eyre.

That explains what happened to the property in Pound Ridge.  I still need to find Stephen's death certificate.
Posted by Jody Lutter at 8:27 PM